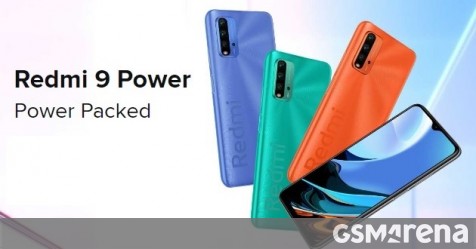 Xiaomi today unveiled a new smartphone called the Redmi 9 Power, but it’s not an entirely new smartphone. It’s a Redmi Note 9 4G that was launched in China last month with an additional 2MP macro camera.

The Redmi 9 Power is based on a 6.53-inch FullHD + LCD with a notch for the 8-megapixel selfie camera. On the back of the smartphone with an anti-fingerprint texture and pattern similar to the Realme C3, there is a quad camera setup consisting of a 48MP primary, 8MP ultrawide, 2MP depth and 2MP macro unit.

The smartphone operated with Snapdragon 662 is equipped with AI Face Unlock and a fingerprint reader attached to the side for unlocking without a password. The entire package is powered by a 6,000 mAh battery that is charged with up to 18 W via a USB-C port.

Interestingly, instead of 18W, Xiaomi shipped a 22.5W power adapter with the box.

Other highlights of the Redmi 9 Power include a 3.5 mm headphone jack, stereo speakers, splash guard, IR blaster and support for reverse charging.

The smartphone will be available in India starting December 22nd through Mi.com, Amazon.in, Mi Home and other retail stores across the country.