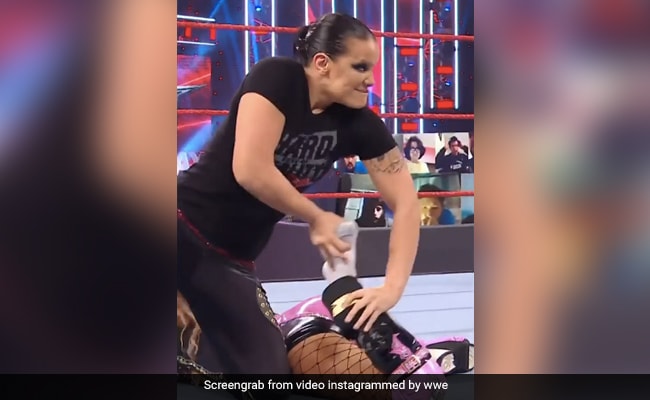 A fierce fight between Nia Jax and Shayna Baszler

WWE TLC featured a fierce battle between two famous female wrestlers Nia Jax and Shayna Baszler. In this match, Shayna Baszler showed great ruthlessness and broke the leg of Nia Jax. The video of the fight of both is also becoming very viral on social media. The video has also been shared by Shayna Baszler on her Instagram account. Fans are also giving a lot of reaction to this video.

Taimur Ali Khan gets upset seeing the photographers, no photos screaming like this kick-see video

The video has been shared with fans from Shayna Baszler as well as the official Instagram page of WWE. As can be seen in the video, Shayna Bazzler grabs Jax’s leg with different moves and starts to twist it. Naya Jax is seen in a lot of trouble during this time. Despite the appeal, Shayna Bazzler did not leave her and also broke her feet. This video is gaining a lot of headlines on social media.

Taapsee Pannu did Yun’s strong training for ‘Rashmi Rocket’, she said – it was painful … See Video

Let us know that both Nia Jax and Shayna Baszler are wrestlers of American origin. At the same time, WWE TLC is the last PPV to be organized this year. TLC means tables, ladders and chairs and these weapons are legal as per the condition involved in matches in this PPV. Let us tell you that TLC PPV was started in the year 2009.