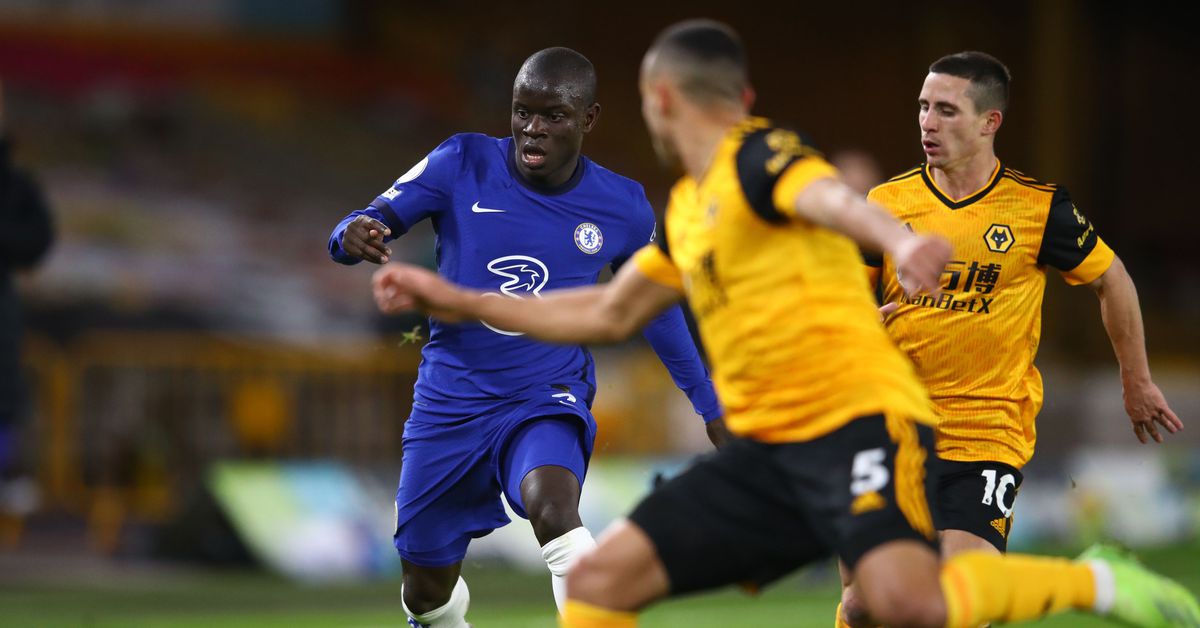 A big focus of the season at Chelsea was on signings and how best to integrate them with the rising stars of last season’s youth revolution. However, we shouldn’t overlook the impact a healthy cut has on all forests. Golo Kante had to stabilize this team, especially since he switched to a purely defensive role in midfield. Granted, Chelsea weren’t great at controlling midfield or preventing counterattacks in this game, but Chelsea weren’t great at doing anything in the game. It was a bad day in every way, but Kante was the least bad and, as always, the most adorable of the group.

Pulisic dropped the beard that must have strained his hamstrings and he looked like the only really dangerous player at Chelsea in the first half for much of the first half, either alone or in combination with Chilwell and Mount, which Wolves’ right-back did Nelson gave Semedo absolutely fits. And then Lampard switched it to the right – a riddle that was involved in a mystery why – and Pulisic disappeared instantly.

Chelsea may be less dynamic with Giroud as a center forward, but he scored again and gave Chelsea an edge that we could have counted with better play and better tactics. Giroud is now associated with Werner as the club’s leading top scorer in all competitions. Over to you, Tammy Tam Tam.