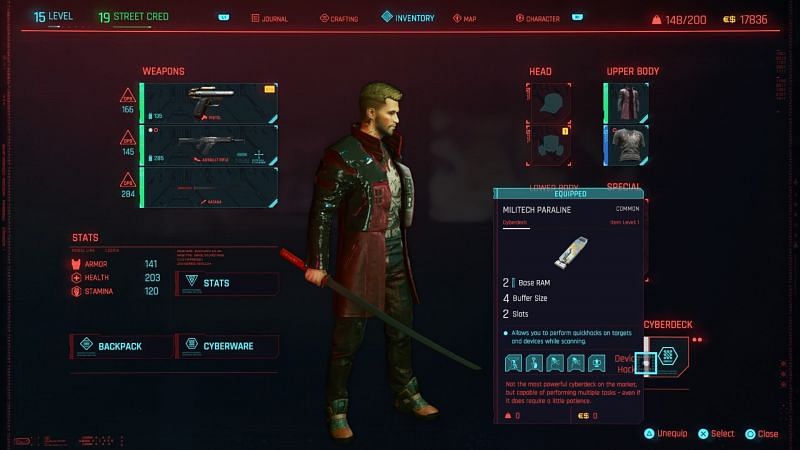 As with any good RPG, the strength of the game lies in how much freedom of choice and control the player can have.

Cyberpunk 2077, one of the most anticipated role-playing games of the last decade, should go a long way towards “building” the player character for certain play styles.

In essence, “builds” refer to skills and points awarded in a specific set of attributes and skills in order to be able to play in a specific way. Cyberpunk 2077 has an impressive and extensive skill tree that V greatly adapts in terms of gameplay.

There are predominantly two types of agents or mercenaries in the Cyberpunk 2077 universe: Netrunner and Solo. There are more breakdowns of these two builds into subcategories and variations, but we’ll only look at these two for now.

Netrunner and Solo in Cyberpunk 2077

First, we need to get rid of the confusion around the many terms and descriptions thrown around in Cyberpunk 2077.

From the start of the game, the player is bombarded with all sorts of jargon that makes little sense so that the player does not spend a lot of time reading data shards in the game.

Netrunner is essentially a build to focus on Hacking and Stealth as a way to achieve goals in the game. A netrunner is the pinnacle of efficiency in the Cyberpunk 2077 universe as a master of his craft when it comes to technology.

A great netrunner can get through entire floors of enemies without firing a single bullet. In order for the player to be able to build a netrunner in cyberpunk, there are a few key areas to focus on:

intelligence The skill tree focuses on the player’s ability to hack into the environment and even enemies and control the situation from a relatively great distance. Cyberpunk 2077 offers tons of opportunities to distract enemies, turn off cameras, or even overheat.

By assigning points in the intelligence department, players can increase their cyberdeck RAM, which is essential for performing elaborate hacks.

If the player is aiming for a Netrunner build, then they are investing in a better one operating system and equip the right one Quickhacks depending on the playing style that would be an advantage.

The Cool A branch in the skill tree improves the player’s performance in terms of stealth. The player can quickly maneuver through the area and allow V to take out enemies and go undetected for longer.

Investing in the cool industry adds a lot to intelligence, as stealth and hacking are the best tools a Netrunners can use.

Though not always necessary Technical ability This is a great way to make sure there is no physical obstacle in the player’s way. Opening certain doors and windows requires a certain level of technical skill. So it is very useful to discover alternative routes through the area.

Solo is the ultimate main force tool in Cyberpunk 2077. If the Netrunner is the scalpel, then the Solo is awesome. A solo build focuses on letting the player take a ton of punishment while being able to dish out exponentially more.

In the Cyberpunk 2077 world, solos rely on their brutal efficiency in combat and approach any situation with reckless domination. For a solo build, the player must invest in the following branches of the skill tree:

body is the single most important stat for solo builds as it increases the damage the player can deal and absorb. The player can also perform additional activities, e.g. B. take control of cars from NPCs and tear down doors that are otherwise locked.

If the player has a tendency to get into a lot of fistfights (usually to neutralize cyber psychos) the Street Brawler branch comes into play.

Reflexes Allow the player to decrease the cooldown for certain skills and increase the stats for handguns and blades.

Which build should the player choose when starting a new game?

For players who are new to RPGs and have no previous experience with Call of Duty or GTA, the Netrunner build seems too strange and complicated. Hence, the solo build seems far more appealing.

Getting the hang of it after the first tutorial isn’t too complex though, which makes hacking extremely easy to understand. The basic things to keep in mind are Cyberdeck RAM and the Breach Protocol mini-game.

It certainly doesn’t take long for the player to get used to the Netrunner build in Cyberpunk 2077 after the first few runs through the area. However, if the player is convinced of their FPS skills, the solo build is just as viable.

But soon enough, the player will encounter the Netrunner enemy type, which will frustrate them until the end. Rival netrunners hack into the player’s systems and cause overheating. Hence, it is extremely difficult to search for an enemy netrunner while in the middle of a hectic firefight.

Enemy netrunners tend to hide quite well, which makes them extremely annoying since all they need to overheat V is line of sight, which they can also get through cameras.

Therefore, new players should try the Netrunner build on their first playthrough to get to know the different systems of Cyberpunk 2077.