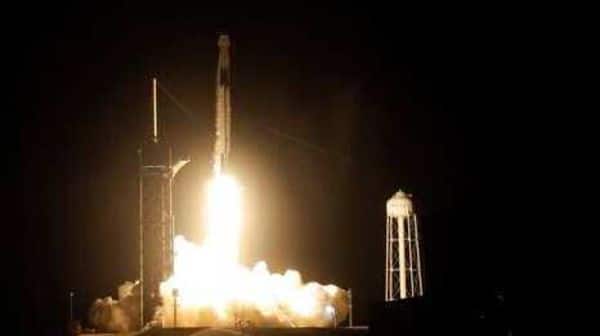 As we remembered on the occasion of the 50th anniversary of the moon landing last year, space travel is a great challenge, a fate that is just inaccessible – until it is no more. It’s ambitious and inspiring. Even so, wise people (like me) notice that after billions poured into the space program, all we got was tang and Velcro. It’s not that far away on earth. It’s called space because, let’s face it, there’s not much in it.

Yes, communications satellites are important, as is GPS, which helps Uber steer a car towards you. Note, however, that GPS first went live in 1973 because it was funded for Nudet, or nuclear detonation detection – military technology, not space exploration. To be fair, NASA was an early Silicon Valley customer, but was quick to abandon state-of-the-art chips in favor of highly reliable older ones.

Nevertheless, progress continues. We now have a space force that started this week a year ago. Go brave! Last month, a privately funded SpaceX rocket and capsule safely brought four astronauts to the International Space Station, an amazing feat for all anti-government types. Astronauts will conduct experiments of unknown value on terrestrial activities. There have been 3,000 such experiments in 20 years, though nothing earth-shaking. Can spiders build webs in space? Not quite the right stuff. Chuck Yeager died last week. Oh, and a former Israeli space officer says Earth was contacted by a “Galactic Federation”.

Don’t get me wrong, I’m fascinated by fiery launches and rocket stages that land on floating platforms for reuse. But I am more in the “What’s in it for me?” Camp. Communication, imaging, and even travel benefit us all. Go to mars? I am not so sure.

How about we mine asteroids for metals and even water? Amazon’s Jeff Bezos and Google’s Eric Schmidt were big proponents. This financing calculation never worked, however, because if they landed on earth, the prices of these raw materials would quickly drop through the ground. Good for Earth residents, but not as good for ROI, which is probably why it was not tried.

China’s Chang’e-5 robotic spaceship went to the moon to collect stones (no, they’re minerals – Jesus, Marie). Couldn’t we just lend them some of our 50 years? No one has yet found “Space Odyssey” monoliths on the moon, but one has just appeared in Utah. Strange. In October, NASA actually found water on the sunlit side of the moon using infrared imaging. This was done after the Europeans discovered ice at the south pole of Mars in 2004. Rockets need hydrogen and oxygen for fuel, so interplanetary travel may one day actually be possible.

At least Elon Musk dreams, who envisions a city with a million inhabitants on Mars by 2050. He believes that he will send cargo ships to Mars in 2024 and then humans will follow in February 2027 when Earth and Mars are closer together. Check out the Netflix series “Away” for a taste. I am sceptical. Mr. Musk often has a fantastic relationship with schedules, so maybe a few years or decades later.

Tinfoil hat-toppers and many in Silicon Valley fear Armageddon will come and see Mars as our safety valve. Mr. Musk wants “enough of a seed of human civilization elsewhere” (maybe enough to keep buying Tesla’s). Let’s hurry up and colonize Mars so people can escape World War III or Covid-30. Maybe he’s watching too much science fiction But on his own nickel, go for it.

On Wednesday, Mr. Musks SpaceX tested a new Starship SN8 rocket prototype. The eight-mile test flight designed for Mars was a success, but its return ended in a ball of fire – what Mr. Musk called “rapid unscheduled dismantling”. I have to make the landing!

In the meantime, back on the third rock from the sun, all of this may come in handy. Mr Musk also intends for the spacecraft to make 39-minute suborbital flights between New York and Shanghai, compared to 15 hours today for the 7,000-mile journey. Take a boat to a floating platform, launch into the lower stratosphere, reach a peak of 16,000 miles per hour (Mach 20), then step back in and carefully land on another floating launch pad offshore.

If all goes well, and I mean everything, SpaceX believes that by the end of the decade they will be operating commercial flights at a cost of $ 2 million. That’s $ 20,000 per passenger – no meal. I’ll believe it when I see it, but when they say the backrests are in their full, upright position and the seat belts are securely on, I think I’ll listen. Hopefully the captain has more than one dimmer knob.