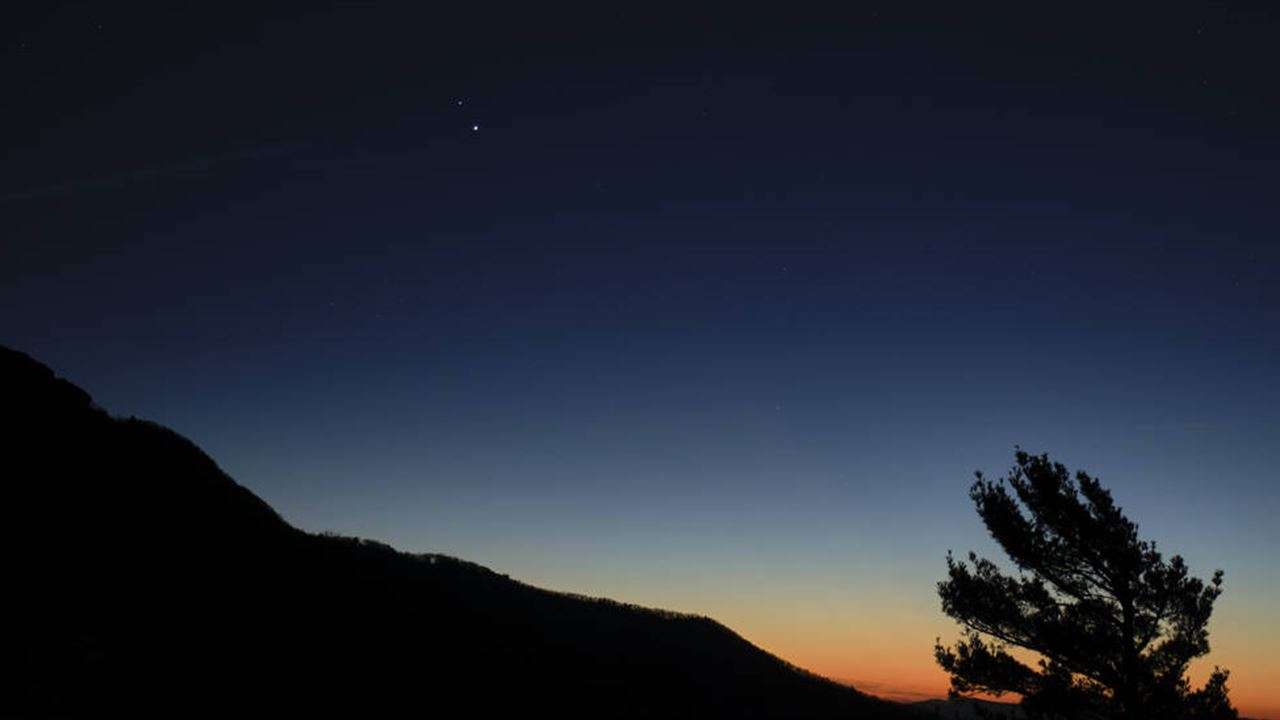 The year 2020 ends with a special heavenly event as two of the largest planets in our solar system, Jupiter and Saturn, will come together on Monday.

The special thing about this event is that it takes place after 367 years. It was last observed in 1623 and will happen again in 2080. On Monday, these two slow moving planets will be 0.1 degrees apart.

The US space agency NASA says the timing of conjunction is such that everyone can see it.

What is a great conjunction?

Jupiter and Saturn are two slow moving planets. When Jupiter, orbiting the Sun every 12 years, overtakes the even slower moving Saturn, their visual convergence is called a great conjunction. Although this happens every 20 years, the pairing sometimes appears too close to the sun to be seen.

As seen in India

The two planets appear so close that a little finger at arm’s length easily covers both of them in the sky. In India, they will be visible in the southwestern sky around an hour after sunset between 6:30 p.m. and 7:30 p.m.

If someone observes it through a telescope, Jupiter’s four moons can also be seen.

The state-run Jawaharlal Nehru Planetarium in the city center has made arrangements to observe the heavenly conjunction of the Jupiter and Saturn planets between 6:30 p.m. and 7:30 p.m. on Monday, an official said on Sunday.

“We have set up telescopes on our premises to observe the conjunction of Jupiter and Saturn on Monday evening, if weather conditions permit,” the planetarium official said in a statement here.

Due to the COVID-induced restrictions on people gathering in large numbers in public places, those who register online to watch the heavenly event will be allowed to visit the planetarium in groups of limited numbers in order to enjoy the social Maintain distance.

“Those who cannot follow the event in the planetarium due to congestion restrictions can see the connection of the two stars online on our website (www.taralaya.org) or on the Facebook and Youtube channels,” the statement said.

As the fifth planet of the sun, Jupiter is the largest in the solar system, as a gas giant with a mass of one thousandth of the sun.

“As the sixth planet in the Sun and the second largest in the solar system, Saturn is a gas giant with an average radius nine times that of Earth,” added the official.

The conjunction also coincides with the longest day (December 21st) of the year as the sun reaches a point where it appears farthest south of the equator over the Tropic of Capricorn, marking the start of the winter solstice.