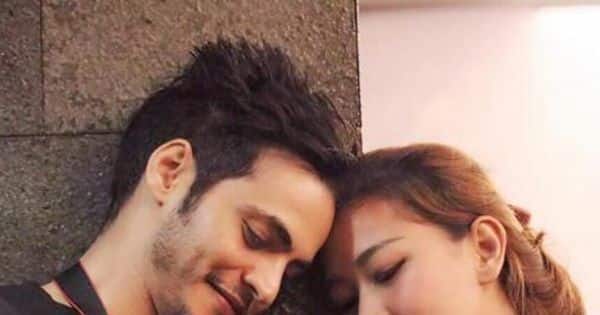 Ravi confirmed his split with his Indonesian stewardess, revealing that they were rushed to get married when Yulida became pregnant while they were in a relationship. She was three months pregnant when they decided to tie the knot. However, Ravi believes that marriage is a big decision and they should have thought about it seriously as there were cultural differences. Also read – Prince Salim of Jodha Akbar has fun with TRANSFORMERS – Check out pictures!

“Yulida and I were in a relationship for a short time, but she got pregnant and we got married. When we got married, she was three months pregnant. Marriage is a big decision and it needs serious thought. She is a nice girl but cultural differences were some of the reasons for the split. She couldn’t settle in Mumbai because of the language barrier. She didn’t make many friends and to some extent that was my fault too. She was so busy continuing my career that I couldn’t give her a good time. She used to feel lonely and miss her family very much. So we both thought it was best to break up on friendship and lead a happy life, “Ravi Bhatia told TOI in an interview. Read Also – Suyyash Rai, Shaheer Sheikh, Namish Taneja, and Debina Bonnerjee talk about the changes they want to see in India

Ravi further revealed that Yulida has custody of her son and that they both have a warm relationship. However, the actor misses his son’s presence in his life and said that he will fulfill his responsibilities as a father.

“The best part of our relationship was our son and I miss him very much. I know she will take good care of him, so it is best that he grow up with her. Every night when I go to sleep, I feel his The present by my side. He has a bright future ahead of him and I will do all of the tasks I have towards him, “said Ravi.

He added, “Yulida and I share a healthy friendship, but I firmly believe that marrying should be done after all points of camaraderie are considered.”

Ravi was last seen in Ishq Subhan Allah, where he played the role of an antagonist. He made his digital debut with Halala last year.