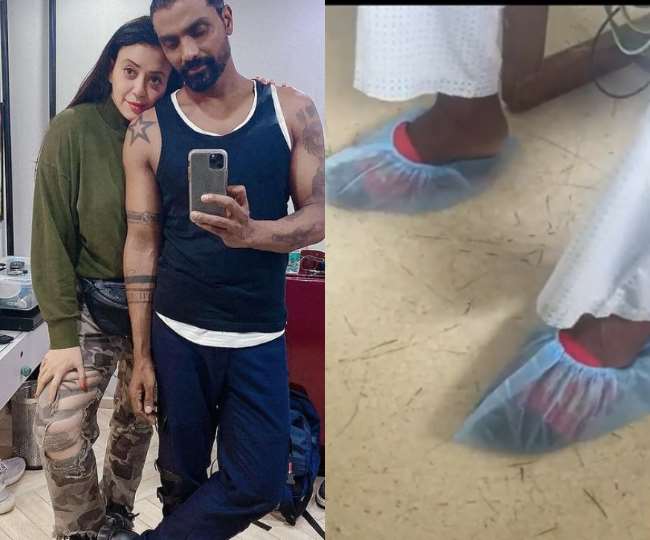 New Delhi ‘Dancing with feet is a different thing and dancing with heart is different’ … says that of Choreographer Remo D’Souza’s wife, Liezel D’Souza, who shared a video of her husband on her Instagram. This video of Remo is after his surgery, which is becoming quite viral on social media.

Actually, Remo is currently admitted to Kokilaben Hospital in Mumbai. Remo suffered a heart attack on 11 December after which he was immediately rushed to the hospital. Remo’s health is quite fine at first, it is expected that he will soon be healthy and discharged in the hospital. For the early recovery of Remo, his fans and celebs are constantly asking for prayers.

Meanwhile, the choreographer’s wife has shared the video on her Instagram. Remo’s face is not visible in this video, but his feet are clearly visible. In the video, Remo’s feet are seen walking on the music. Sharing the same video, Remo’s wife Liezel wrote, “Dancing with legs is a different thing and dancing with heart is different …” Also, Liesel has thanked everyone for their love.