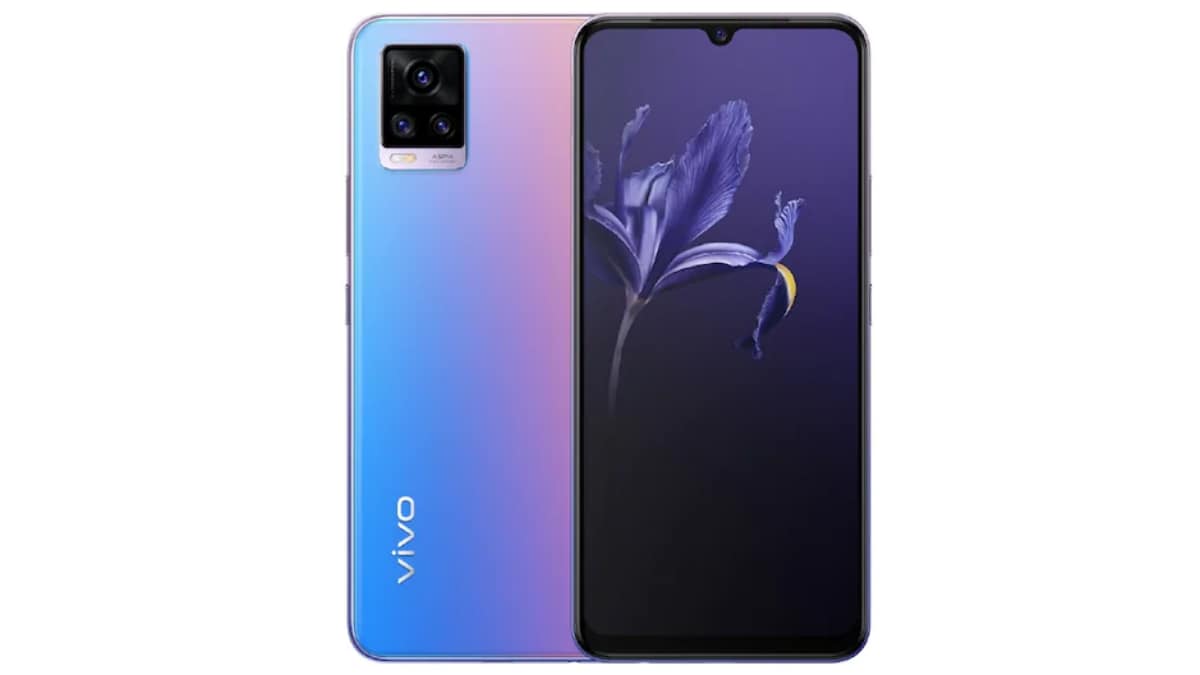 Vivo V20 (2021) was reportedly spotted on Geekbench, revealing some key potential specifications of the smartphone. The handset, which has already been certified by several regulators, has 8 GB of RAM. The listing also suggests that the phone might be running Android 11 and could use SM6150, which is essentially the Qualcomm Snapdragon 675 SoC. Vivo hasn’t officially announced anything about the launch of an updated version of the Vivo V20, but previous reports suggest that the smartphone could be launched in India anytime soon.

According to the Geekbench list, a smartphone with the model number V2040, presumably the V20 (2021), is equipped with 8 GB of RAM, the Qualcomm Snapdragon 675 SoC and Android 11. It scored 553 points on single-core and 1,765 points on multi-core tests. The Geekbench list does not include any other specifications of the V20 (2021).

As mentioned earlier, Vivo V20 (2021) has reportedly been spotted on the website of several regulators, including Indonesia Telecom’s website with model number V2040 and name Vivo V20 (2021), as well as on the standards of the Bureau of India (BIS), suggesting that the phone could launch this soon in the country.

Since Vivo V20 (2021) is viewed as an upgrade to the Vivo V20 launched in October, the specs should be somewhat similar. According to reports, Vivo’s phone may have a Full HD + display, Snapdragon 700 SoC (or Snapdragon 675 SoC according to Geekbench), and Android 11.

The original Vivo V20 has a 6.44-inch AMOLED display with Full HD + (1,080 x 2,400 pixels). It is powered by a Qualcomm Snapdragon 720G SoC with 8 GB of RAM. It comes with a triple rear camera that includes a 64-megapixel primary sensor, an 8-megapixel secondary sensor, and a 2-megapixel monochrome sensor. It contains a 4,000 mAh battery that supports 33 W FlashCharge fast charging.

Which is the Best Selling Vivo Smartphone in India? Why didn’t Vivo make premium phones? We interviewed Vivo’s director of brand strategy, Nipun Marya, to find out and talk about the company’s future strategy in India. We discussed this on Orbital, our weekly technology podcast, which you can subscribe to via Apple Podcasts or RSS, download the episode, or just hit the play button below.