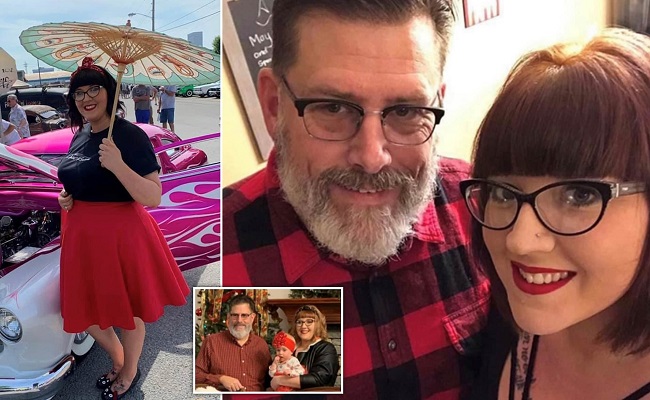 Washington‌: Weddings are guaranteed in heaven. It is believed that once Brahmamudi falls .. they will be husband and wife till seven births. But now things have changed. They continue that bond if married life is what they thought it would be. Or are inclined towards divorce. Another thing is .. falling in love with someone after marriage .. There are also people in the society who are severing the current bond to live with them. In this context, a strange incident came to light recently. A woman divorces her husband and marries her uncle (husband’s father).

This is a strange event AmericaTook place in. Erica Quigley, 31, of Harrodsburg, Kentucky, met Jeff, 60, when she was 16 years old. Jeff’s stepdaughter (a girl born to his wife’s first husband), Erica are two friends. It was during this sequence that she became acquainted with Jeff’s stepdaughter Justin. The two got married a few years ago as it turned into a bit of love.

Erica and Justin had a baby. There were disturbances in their relationship which went smoothly for some years. With that they Divorce Taken. After that Erica Justin fell in love with her stepfather Jeff. Told this to Jeff. He also said he loved her. With that, Erica is 29 years older than him. She once married her uncle Jeff.

At first, however, Justin didn’t seem to mind. But his ex-wife must admit that he loves his stepfather so openly. With that, she served as Justin’s wife for some years. Now she has entered the house as the mother behind her ex – husband. However, her ex-husband, Justin, took over the responsibility of giving birth to her child. The three now live together in the same house.

“Everything is fine with us right now,” Justin said on the occasion. I have no anger over Erica. She did what she liked in her mind. I understand his feelings. I am very happy to have handed over the responsibility of the baby to myself, ”he said. Jeff said, “I’m very happy, Erica. We are living happily ever after. We do not care about the age difference between the two of us. We fell in love .. we fully enjoy it ” he said.

Read:
Made a mistake by getting married twice: Actress
Yes .. we broke up .. nine years ago ..