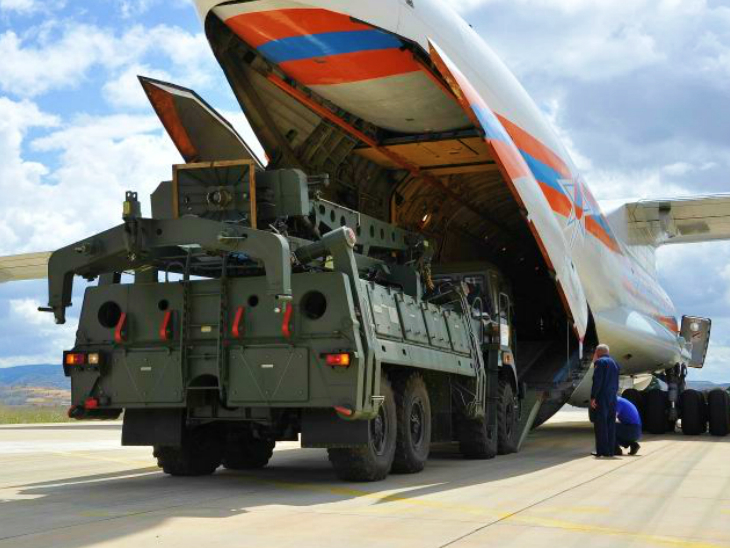 Soldiers carrying an S-400 air defense missile system in an army truck at an airbase in Russia. India has also bought the same system from Russia. The first shipment will be done next year. (File)

Turkey’s President Risap Tayyib Ardoआनan, who is trying to become the biggest voice of Islamic countries, has put the US in trouble. Turkey bought the ground to air defense system from Russia. The US then warned Turkey not to do the deal. Now the US has banned Turkey.

The Trump administration’s decision to take oath of office on January 20 could create new trouble for Biden. There are two things. First- Turkey is included in NATO. Secondly, Biden’s attitude towards Turkey has always been soft. Now this ban can lead to conflict between the two.

Turkey is involved in NATO
The Donald Trump Administration had long warned the Turkish government not to buy the S-400 air defense missile system from Russia. But, Turkey bought the system citing its security needs and now the US has acted on it. The Trump Administration has banned Turkey on the go. Turkey is part of the NATO alliance.

Recent confrontation
Conflict between the US and Turkey increased in two cases. First, in Syria, Turkey along with Russia bombed against the rebels. Second, in the recent war between Azerbaijan and Armenia, Turkey openly supported Azerbaijan. A few days ago the US refused to sell its F-35 stealth fighter jets to Turkey. The US said Turkey was part of a Russian conspiracy to increase its military threat in the Gulf and Central Europe.

Silent on india
There is one more fact in this matter, and it should be known. India is also buying the S-400 air defense system from Russia. The US initially expressed its displeasure at this, but India settled the matter at the diplomatic level. This did not happen in the case of Turkey and the US banned it. It is believed that three of Turkey’s biggest companies will come under this ban. Now Turkey will not be able to get loans from American banks either.

Turkey told the US in April that it had to buy the S-400 air defense system because the US refused to sell it the Patriot missile. Greece is also using Russia’s S-400 system and is also a member of NATO.