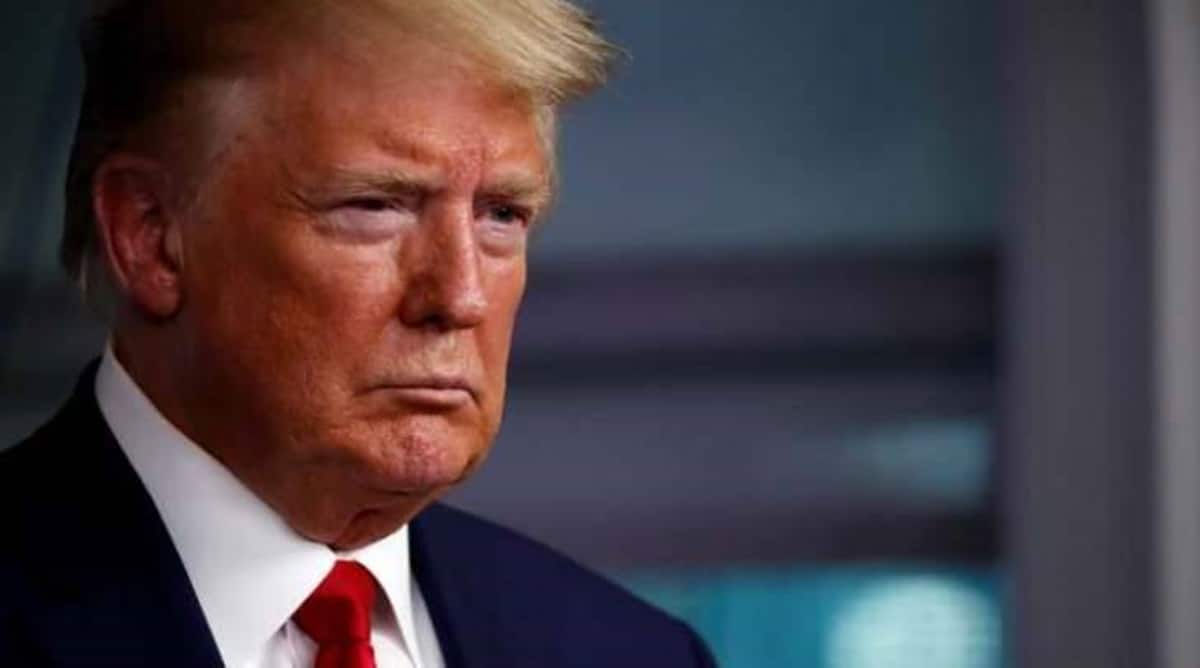 Donald Trump went on to suggest with no evidence that there might also have been a “hit” on the nation’s voting machines the last time he tried to question his loss in the November presidential election. (File)

President Donald Trump has downplayed the severity of a massive cyber attack on the US government, suggesting that China could be responsible – even if other US officials are convinced that Russia was the culprit.

On Saturday, the president contradicted the assessments of high-ranking officials in his own administration on Twitter, who hold Moscow responsible for the intrusion of at least half a dozen federal agencies – including comments by Foreign Minister Michael Pompeo on Friday evening.

Marco Rubio from Florida, acting chairman of the Senate Intelligence Committee, dismissed Trump’s conclusion, calling the hack “the worst cyber-intrusion in our history” and one carried out by “Russian intelligence”.

However, Trump said in his first public comments on the hack, originally reported on December 13th, that the incident “was far bigger in the fake news media than it was in reality”.

Bloomberg news It was reported on Saturday that at least 200 organizations, including government agencies and companies around the world, were hacked as part of the suspected Russian cyber attack.

Trump went on to suggest with no evidence that there might also have been a “hit” on the nation’s voting machines the last time he tried to question his loss in the November presidential election.

Representative Adam Schiff, chairman of the House Intelligence Committee, tweeted that Trump’s comment was a “scandalous betrayal of our national security” that “sounds like it could have been written in the Kremlin”.

The president tagged Pompeo and National Intelligence Director John Ratcliffe in his tweet, underscoring his intention to contradict the assessment of administrative officials who blamed Russia for the intrusion.

Describing the hack on Friday as “a very significant effort”, Pompeo said the US could “say fairly clearly that it was the Russians who were involved in the activity”.

“There has been a significant effort to use third-party software to essentially embed code in US government systems, and it now appears that private corporations and corporations and governments around the world have systems,” Pompeo told radio host Mark Levin .

John Ullyot, spokesman for the National Security Council of the White House, said in a statement that the council is “focused on investigating the circumstances surrounding this incident and working with our interactors to defuse the situation”. He did not name the alleged perpetrator.

The office of the Director of National Intelligence, led by Trump ally Ratcliffe, also issued a statement Wednesday describing the incident as “significant”.

“This is an evolving situation, and as we continue to work to understand the full scope of this campaign, we know that this compromise has affected the networks within the federal government,” the DNI said in the statement.

A large number of government agencies and large corporations were affected by the hack, which opened a so-called backdoor in widely used software from Texas-based SolarWinds Corp. that gave hackers access to computer networks.

US government agencies known to have been targeted included the State, Treasury, Homeland Security, Energy, and Commerce departments. Microsoft Corp. said it had identified more than 40 customers the hackers were targeting.

President-elect Joe Biden released a statement Thursday that he would not “stand idle” in response to the attack.

“Let me be clear: my administration will make cybersecurity a top priority at all levels of government – and we will make dealing with this breach a top priority from the time we take office,” said Biden.