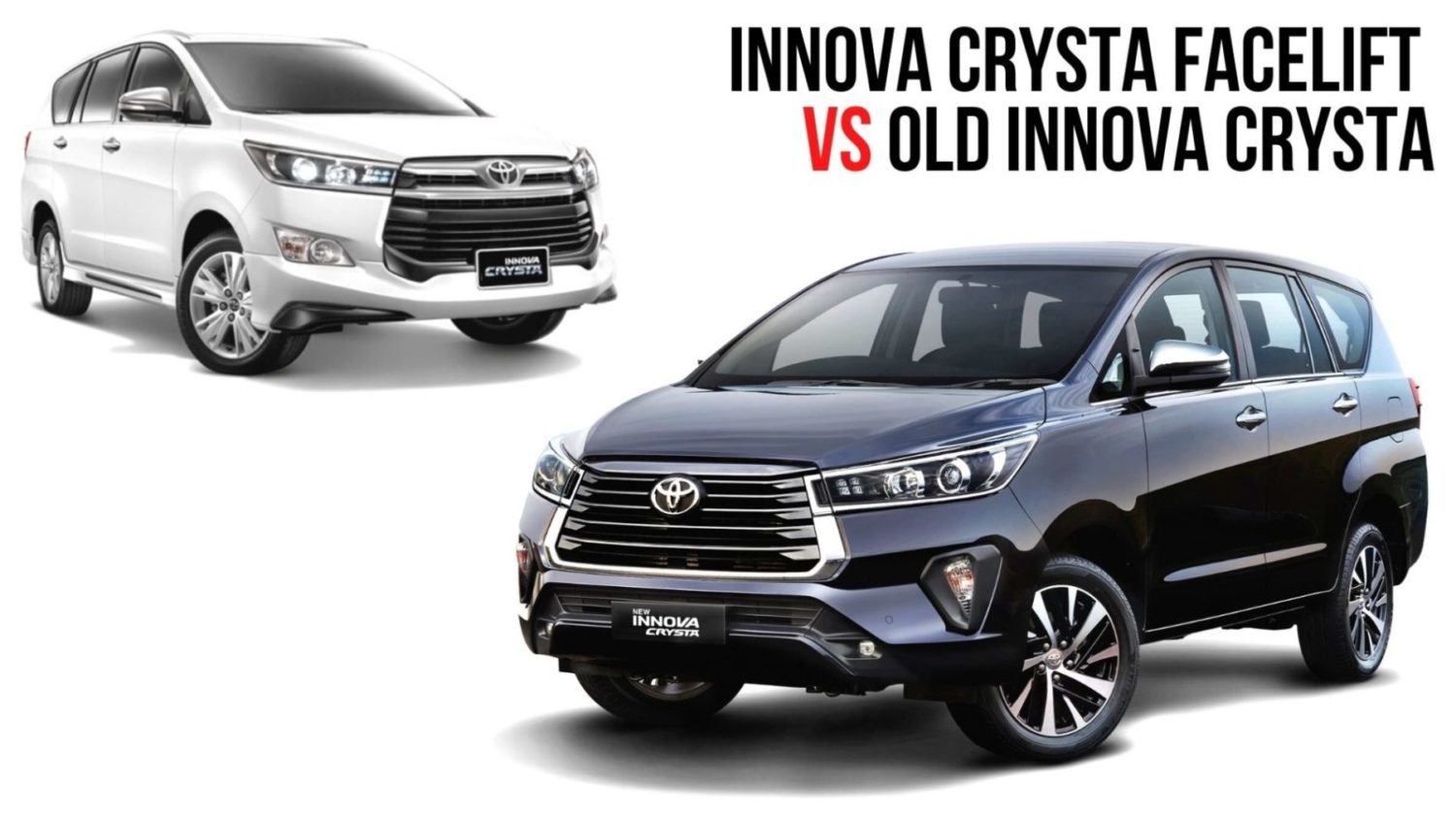 The Toyota Innova Crysta is one of the most popular MPVs in the Indian market right now, and the mid-life update makes the car an even more attractive proposition

Toyota recently introduced a mid-life facelift to the Innova Crysta after four years since it was launched in the country. While the overall package is the same, Toyota has made the MPV more attractive by adding some new features and introducing some visual enhancements to keep it looking fresh.

What has really changed? We’ve compiled a list of the top five changes to the Toyota Innova Crytsa facelift from the outgoing model. Read what these changes are –

Toyota has added a new safety feature to the Innova Crysta called “Front Clearance Sonar Sensors”, which is popularly known as Front Parking Sensors. This feature is now being offered with very affordable cars, and Toyota felt it was time to introduce it for the Innova too. It also comes with a MID indicator in case it detects something that is too close to the front of the car.

While the Innova Crytsa was offered with 16-inch alloy wheels as standard before the facelift, the revised model gets 17-inch two-tone units on the higher panels, which certainly improves the overall aesthetics of the car. The new light-alloy wheels are offered with ZX panels for both petrol and diesel models, while the other panels come with 16-inch panels as standard.

The Innova Crysta facelift receives a new 8-inch Smart Playcast touchscreen infotainment system with Android Auto and Apple CarPlay connectivity, which should have been offered since day one with the car. Better late than never.

The Innova Crysta Facelift gets a larger grille with a thick chrome contour. The new radiator grille has five horizontal slats, in contrast to the two chrome-plated slats on the model before the facelift. The headlights also have chrome extensions that merge into the front grille.