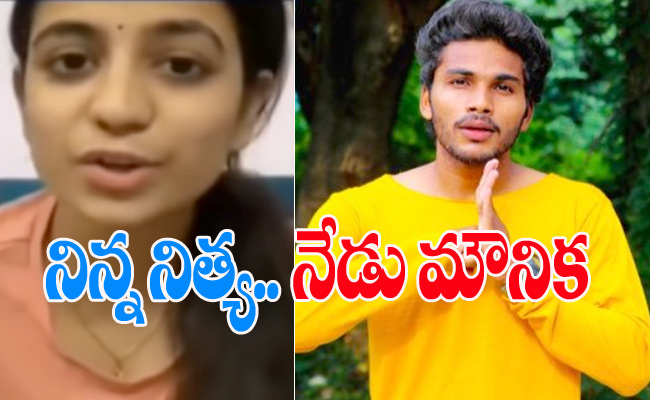 Tik Tak Fame Fun Bucket Bhargav Bhagotas are coming out one by one. It is learned that Bhargava was arrested by the Disha police in a case of rape of a minor girl. However, many facts came to light after he was remanded in custody. Bhargava has been accused of cheating many young women in the past in the name of similar opportunities. So far, not a single young woman has complained that Bhargav cheated on her.

‘You already understand why I came before you. How do you all know about the arrest of Fun Bucket Bhargav? I also came to know about this through social media. It’s been two and a half years since ‘girl-boy’ videos stopped. We have no communication after that. But the videos and photos made then are being screened and used in this case. To me, this has nothing to do with the case. I still want to watch this video and delete them ప్రస్తుతం I am happy right now. I am busy with shooting ‘, said Maunika. They received millions of views and likes.

Read:
It has nothing to do with the Bhargava case: Omigaad Nitya
Calling her Chelly .. Rape of a minor girl