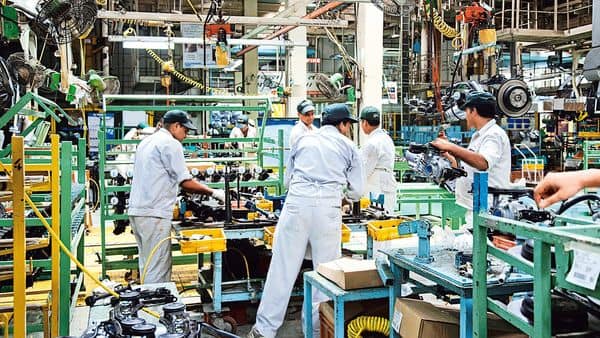 S&P Global Ratings on Tuesday lowered its forecast of the magnitude of the Indian economy’s FY21 decline to 7.7% after previously forecasting a 9% decline in government’s lukewarm policy response backing it up.

The rating agency said rising demand and falling infection rates had allayed expectations that the pandemic could hit the Indian economy. “Our revision reflects a faster than expected recovery in the quarter through September. India is learning to live with the virus, although the pandemic is far from over. The reported cases have dropped from peak levels by more than half to around 40,000 per day. The feared resurgence after the last holiday season has not yet occurred. People move a lot more. Google data suggests that mobility in retail locations has been 25 to 30% below pre-Covid levels in recent months. That represents a decrease of over 70% below normal for the quarter ended June 2020, “said S&P.

Also read: Why Dalit Students in India’s Educational Institutions Are Facing a Crisis

In the September quarter, India’s GDP decline improved 7.5% from an all-time low of 23.9% in the June quarter, largely driven by the surprising resilience of the industrial sector. Since then, many economic agencies have revised their growth forecasts for India upwards. The Asian Development Bank has forecast that the Indian economy will contract 8% more slowly, compared to its earlier estimate of 9% in FY21 due to the faster recovery in Asia’s third largest economy. The Reserve Bank of India (RBI) earlier this month forecast the Indian economy will decline 7.5% in FY21, down from a 9.5% decline forecast two months ago based on a variety of leading indicators pointing to indicating a sustained economic recovery.

S&P said, like many other economies, demand for goods – not services – is driving India’s recovery. “Household savings have increased due to unusually uncertain prospects and the limitations of social distancing, but the demand for durable goods is increasing. If consumers cannot or do not want to spend money on vacation or food, they will use some of that expenditure on goods. Vehicle sales, both for two-wheelers and automobiles, have rallied sharply from the bottom in the first quarter of the fiscal year, although momentum has eased somewhat recently, “he added.

“It is no surprise that India is following the path of most of the Asia-Pacific economies and seeing a faster-than-expected recovery in manufacturing output,” said Shaun Roache, chief economist for S&P Global Ratings in the Asia-Pacific region.

“The fly in the ointment,” S&P said, however, is inflation that could dampen growth in some ways. “First, it could prevent the central bank from easing policy. Given the already looser financial conditions, this may not be the case.” too harmful to growth. Second, it has an impact on the disposable income of households, especially those with lower incomes. This could dampen any recovery in demand. Third, it increases uncertainty about the outlook and could undermine confidence both domestic and foreign investors. “added it.

The rating agency said it continues to see some upside risks to its guidance, particularly for FY22, due to its currently unchanged forecast of 10% growth on a low basis. “Introducing vaccines to the vast Indian population will be challenging. However, the goal of vaccinating 300 million people by August 2021, coupled with high infection rates in some parts of the country, could result in a significant decline in reported cases over the next year. This would speed up the transition to a new normal, “he added.