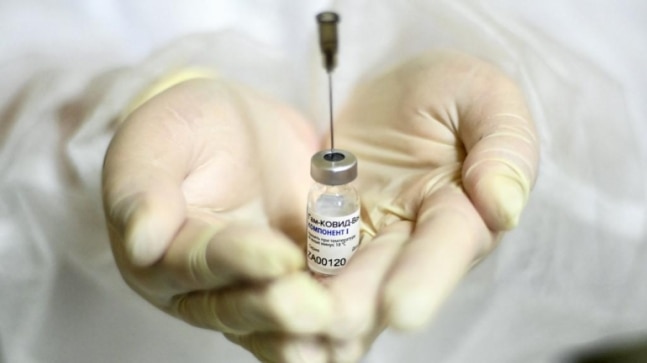 Russian coronavirus vaccine Sputnik V is likely to offer up to 2 years of immunity to Covid-19, compared to 4 to 5 months of immunity that could be achieved with the Covid vaccine developed by Pfizer and BioNTech. The Gamaleya Research Center, which is developing the Sputnik V vaccine, made that claim on Monday.

In a report in Wion, Alexander Gintsburg, head of the Russian research institute Gamaleya, was quoted as saying, “Regarding our vaccine and the platform on which it was developed, the Ebola vaccine, there is experimental evidence that the Using this platform using similar preparation methods this will allow protection for at least two years, maybe more. “

Alexander Gintsburg went further on the immunity expected from using the Pfizer vaccine. “It is difficult to say how long the Pfizer vaccine will confer immunity, but based on the general evidence from such vaccines, it is reasonable to assume that the period of protection will not be longer than four to five months, although this is requires experimental data. “

Earlier this year, Russia became the first country in the world to register a Covid-19 vaccine – Sputnik-V – named after Russia’s first satellite. A mass vaccination program was launched last week, with developers saying the vaccine was 95 percent effective based on the results of the intermediate trials.

In a press release from researchers at the Gamaleya Institute, it was announced that Russia’s experimental coronavirus vaccine Sputnik-V shows 91.4 percent effectiveness based on data analysis of the final checkpoint of clinical trials.

“The effectiveness of the Sputnik V vaccine is 91.4 percent based on the final checkpoint analysis of the data obtained 21 days after the first dose was administered,” the press release said.

According to the official Sputnik-V website, “the progress towards the third and final statistically significant representative control point enabled definitive evidence of the vaccine’s effectiveness of over 90 percent”.

Kirill Dmitriev, CEO of RDIF: “The Gamaleya Institute and the Russian Direct Investment Fund will today announce the effectiveness results of #SputnikV Vaccine at the final control point of clinical trials “- @rdif_press.

However, the centre’s deputy science director Denis Logunov said the institute expects the rate of effectiveness of its vaccine to increase further.

However, despite the start of the Russian vaccination campaign, Sputnik V has to complete its third and final phase of trials with around 40,000 volunteers.

Meanwhile, the coronavirus vaccine developed by Pfizer has shown 95 percent effectiveness in the late-stage study, the company previously announced.

In a major development, the US is the sixth country to approve the two-dose regime, after the UK, Bahrain, Canada, Saudi Arabia and Mexico.

After Great Britain, the USA and Canada are the other two nations in the world that are starting vaccination campaigns against Covid-19 with the vaccine dose Pfizer-BioNtech. Both the United States and Canada have started delivering the Pfizer coronavirus vaccine dose to healthcare workers and elderly citizens.

(With inputs from AFP)