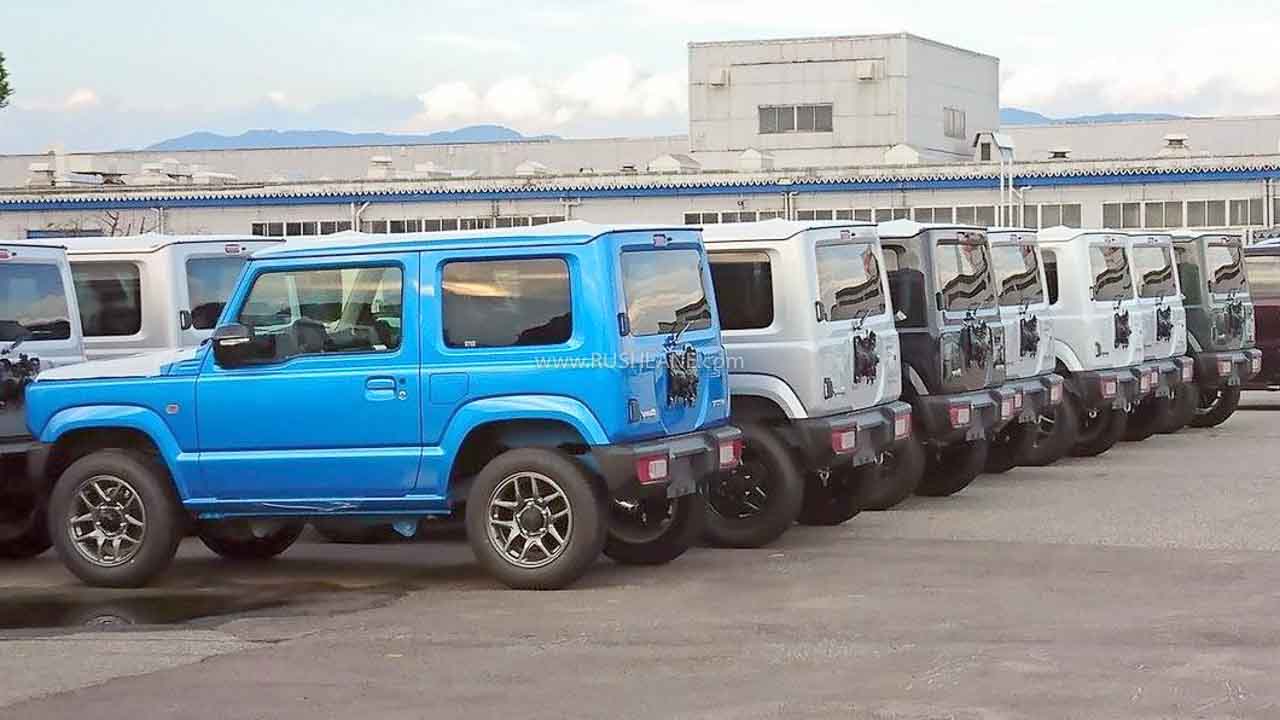 The India-made 3-door variant Suzuki Jimny will only be for export markets, but we will eventually get a 5-door model

The current version of the Suzuki Jimny mini-SUV is a huge success worldwide, so the waiting time is longer in some countries beyond 10 months. In some markets, the quota for 2021 is already sold out. Suzuki’s Japanese plant is struggling to bridge the gap between supply and demand and could use a helping hand.

Suzuki Jimny CKD assembly at the Maruti plant in Gurgaon

It has been reported that Maruti Suzuki’s Gurugaon factory is ready to assemble the Jimny for export markets to ease pressure on the parent factory in Japan. Photos of locally assembled Suzuki Jimny SUVs have surfaced on social media confirming the process Production has started.

The Gurgaon assembly line has reportedly built 50 units of the ladder-frame SUV from imported CKD kits. In due course, Maruti Suzuki is expected to increase the Jimny’s local content, which would help his case when it is finally launched in the domestic market.

The top management at Maruti Suzuki is of the opinion that the coveted Suzuki Jimny in its current three-door avatar does not fit the Indian market. However, the automaker recognizes the need for another sub 4m SUV competitor, and it is currently Working on a 5-door version which is expected to be ready for the market in 2022.

While the Maruti Brezza will continue to serve the mainstream crossover market, the upcoming Jimny 5-door will take on the Mahindra Thar with its proven off-road capabilities.

The spiritual successor to the Maruti Gypsy is expected to be positioned as a lifestyle product and therefore likely to be sold through the company’s Nexa dealer network. Aside from a slightly longer body with rear doors, we don’t expect any drastic changes to the popular boxy design.

The Suzuki Jimny is powered by the familiar 105 hp 1.5 liter K15B Gasoline engine with naturally aspirated engine, which also powers Ciaz, Ertiga, S-Cross and Brezza. However, since it is a ladder-frame SUV, the engine is mounted lengthways with the drive being mainly transmitted to the rear wheels. The mini SUV standard 4 × 4 system with low transfer case. Transmission options include a 5-speed MT or a 4-speed AT torque converter.

After the strong start of the new Mahindra Thar, the five-door Jimny with additional practicality should find a good response from the Indian audience. We hope the company can stick to the development plan and publish it here soon.