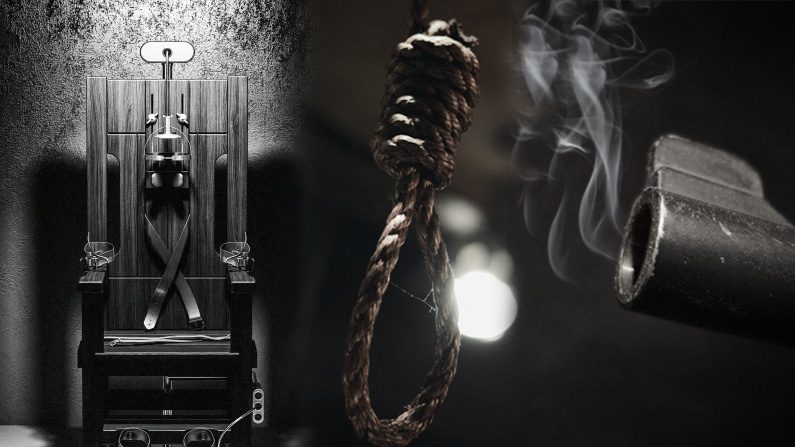 The death penalty for those convicted of a crime varies from country to country. The death penalty currently being imposed on convicts in the United States is being enforced by injecting poison.

The death penalty for those convicted of a crime varies from country to country. The death penalty currently being imposed on convicts in the United States is being enforced by injecting poison. However, the execution of these executions has been delayed due to the unavailability of timely poison injections. Other methods of enforcing the death penalty are also being implemented from this Christmas. Many countries are enforcing the policy of capturing an electric chair and detaining it in a gas chamber and shooting it with a gun. The U.S. Department of Justice on November 27 brought in these alternative methods.

The U.S. Department of Justice is proposing these alternative death sentences with the intention that there should be no shortage of poisonous injections in the execution by the time new President Joe Biden is sworn in on January 20. As of January 2020, there were 2,600 convicts in the United States on death row, and by the time of the July 14, 2020 presidential election, the then President Donald Trump administration had executed more than 1,550 executions.

The Donald Trump administration has executed more than 1,550 executions since the July 14 presidential election. A 40-year-old man named Branden Bernard was sentenced to death Thursday night after being injected with poison after Trump lost the election. The young man was sentenced to death for petty robbery. Kim Kardashian celebrities appeal for pardon, but to no avail

Will he resign when he comes to power
However, the death penalty being used in the United States is controversial. In the run-up to the election, new President Joe Biden has promised to repeal the policy once he comes to power. It is reported that the Trump administration is already preparing to carry out the death sentences of five others by the time he arrives.

However, the death penalty was once carried out in the United States by hanging. The policy was abolished in 1936 on the grounds that it was inhumane. However, legal experts believe that Rainy Betia was hanged in Kentucky after he suffered a broken vertebra and suffered severe death. After that, instead of hanging, a rope was tied around his neck and hung slowly. So mostly black nationals were hanged. From the beginning of the 20th century began the search for alternative methods of executing the death penalty. On the first discovery it was felt that it would be better for the electric chair to carry out the death penalty. Teams of legal experts have suggested that it would be appropriate to implement this policy across the country. This policy has continued throughout the Americas since the 1980s.

However, in 1990 and 1997 there was a controversy over the implementation of the sentence, which involved the conviction of electric chairs. The state of Virginia has been following the same policy in executing convicts since 2013, as any state in the country has the exclusive right to legislate independently. Now that the death penalty is in dispute, it is likely that the new president, Joe Biden, will repeal it.