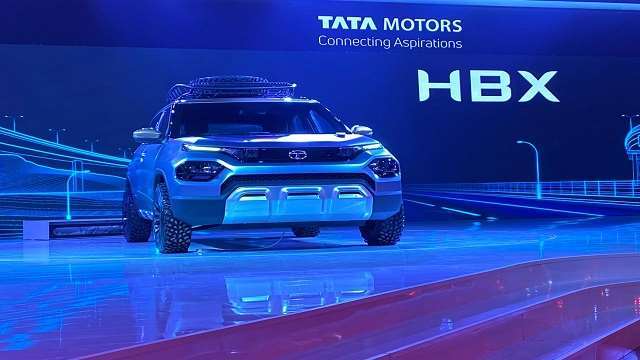 New Delhi, Auto Desk। Tata HBX Update: Tata has long been in the market for Tata’s upcoming mini SUV in the country, which is being named HBX in media reports. Let me tell you, at the moment, new spy photos of the front design of this car are being seen on the Internet. In which it looks exactly like the Tata Harrier from the front. But as a compact-SUV.

Design will be similar to Harrier: Its front features the brand’s Humanity line front grille, split halogen headlamp with LED DRLS, radiator grille and dual-tone bumper. At the same time, its air dam is placed at the bottom of the bumper. The ORVM is integrated on the A-pillar. Pictures from the shows show that the production version of this car will get a bold look similar to the Harrier. Which includes dual-tone alloy wheels with black-out B-pillars, mounted rear door handles, high mounted stop lamps, rear washer, LED taillamps with wipers.

Altroz ​​will get the platform: According to the report, this mini SUV will be designed on the Alpha platform which is already used in Ultros. This car will be the second car to use the company’s new architecture. The interior will also get a glimpse of the Altroz ​​hatchback. However, in looks it is said to be the harrier’s salmon. It is expected that the new car will feature smartphone connectivity, instrument cluster, climate control, multi.function steering wheel, Harman audio system, cruise control and keyless entry and floating touchscreen infotainment system with push buttons.

Engine Specs: It is too early to say anything about the engine, but it is being claimed that Tata’s mini SUV is expected to be offered with a 1.2 liter naturally aspirated petrol engine that will generate 86 BSP power and 113 Nm torque. Let’s say that this upcoming Tata Micro SUV will also be made available with electric powertrain. However, this has not been confirmed yet.