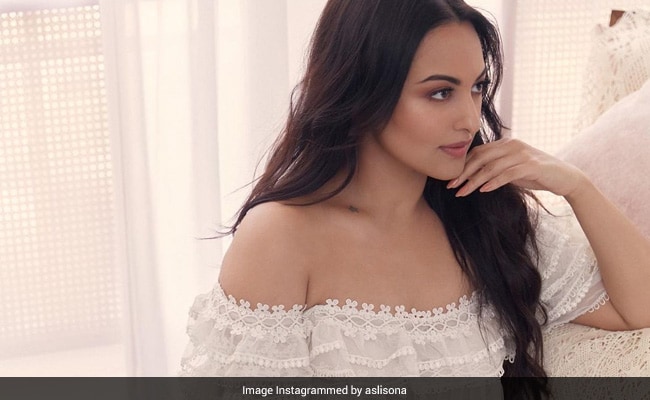 Bollywood actress Sonakshi Sinha said on Sunday that she has started shooting for the series of Amazon Prime Video. This series is being directed by filmmaker Reema Kagti. The series is said to be named “Folein” and its shooting was halted due to a lockdown imposed in March due to the Corona virus. This series was supposed to come out earlier this year. Sonakshi Sinha has shared the “store” of the set of the program in South Mumbai on Instagram.

Sonakshi Sinha said: “I started shooting today for my series of Amazon Prime Video. Today is my first day on set after lockdown. I can’t tell you how I feel Am. “In another” story “, Sonakshi Sinha posted a video inside her vanity van featuring her teammates. She is wearing a mask and gloves. She said,” Oh my God, I’m back on set Gone. “

Taimur Ali Khan got tattoo on his hands, went viral on the occasion of birthday

Sonakshi Sinha’s webseries “Follen” also stars Gulshan Devayya, Vijay Verma and Sohan Shah. With this series, Sinha is going to step into the digital entertainment space. Apart from this, Sonakshi Sinha will also be seen in ‘Bhuj: The Pride of India’. His film has been directed by Abhishek Doodhiah which will be released on Disney Plus Hot Star. Sonakshi Sinha made her Bollywood debut in 2010 with the movie Dabangg. His film with Salman Khan was a superhit. Sonakshi Sinha’s last release film is also Dabangg 3.