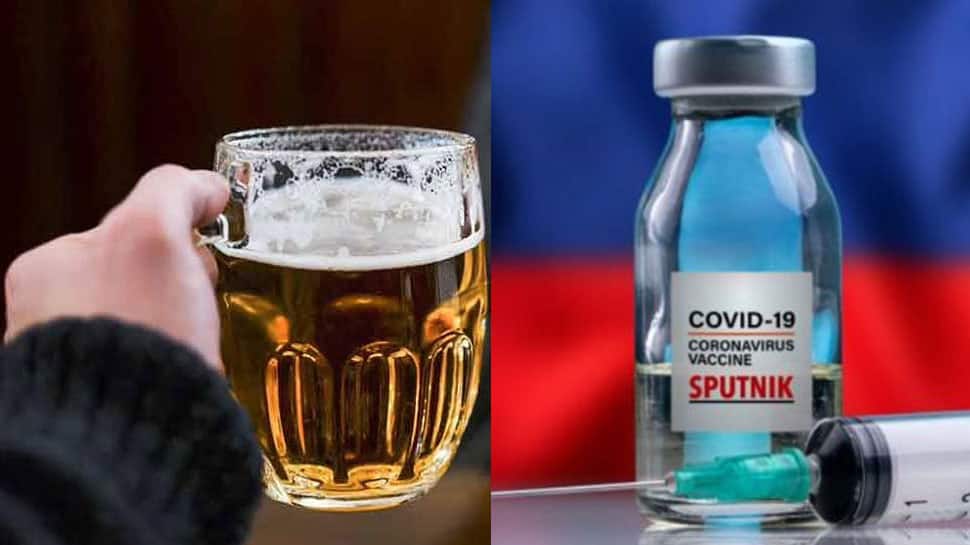 MOSCOW: While researchers and scientists around the world have made significant achievements in developing effective vaccines to fight the coronavirus pandemic, they have also warned people not to take certain precautions after taking the anti-COVID sting.

So far, scientists have developed three highly protective shocks with effectiveness rates in excess of 90 percent. Pfizer and Moderna in the US, along with Oxford’s UK project, have raised hopes that millions of people will find a cure for the deadly virus. Russian scientists have also found success in developing the anti-COVID vaccine “Sputnik V”, but they have also said that the vaccine comes with a limitation.

Days before the mass vaccination in their country, the Russian health authorities asked citizens to refrain from alcohol for about two months after taking the anti-Covid-19 vaccine “Sputnik V”. A leading Russian scientist has also warned that drinking alcohol after receiving a coronavirus vaccine can significantly weaken the immune response and potentially render the vaccine ineffective.

“We strongly recommend abstaining from alcohol for three days after each injection,” Alexander Gintsburg, director of the Gamaleya National Center for Epidemiology and Microbiology in Moscow, which is developing the Sputnik V vaccine, told New Scientist.

This warning applies not only to the Sputnik V vaccine, but to all Covid-19 vaccines and indeed all other vaccines. “It’s very obvious,” he said. Meanwhile, Russian Deputy Prime Minister Tatiana Golikova also urged Russians to be extra careful during the 42 days it takes for the Sputnik-V vaccine to be extra effective.

Aside from asking people to stop drinking for 42 days after receiving the first of the two injections, she asked them to stop drinking for at least two weeks before they were vaccinated. “It’s a burden on the body. If we want to stay healthy and have a strong immune response, don’t drink alcohol, ”Popova explained.

But shortly after Popova’s interview, the developer of the Sputnik V vaccine, Alexander Gintsburg, said, “A glass of champagne won’t hurt anyone, not even your immune system.” He said in a tweet shared on the vaccine’s official Twitter handle, along with a picture of Hollywood actor Leonardo DiCaprio sipping a glass of champagne.

“A glass of champagne won’t hurt anyone, not even your immune system,” said Dr. Gintsburg, developer of the #SputnikV Vaccine. pic.twitter.com/1EAqdbMLpY

However, Gintsburg claimed it was important to avoid alcohol for three days before and after the two injections. He added that the advice would apply to all Covid-19 vaccines, not just the Russian Sputnik V.

The warning has apparently not been well received by a large number of Russians who consider the request to be “unreasonable”. Some health experts fear that the extreme recommendation will even prevent people from receiving the vaccine.