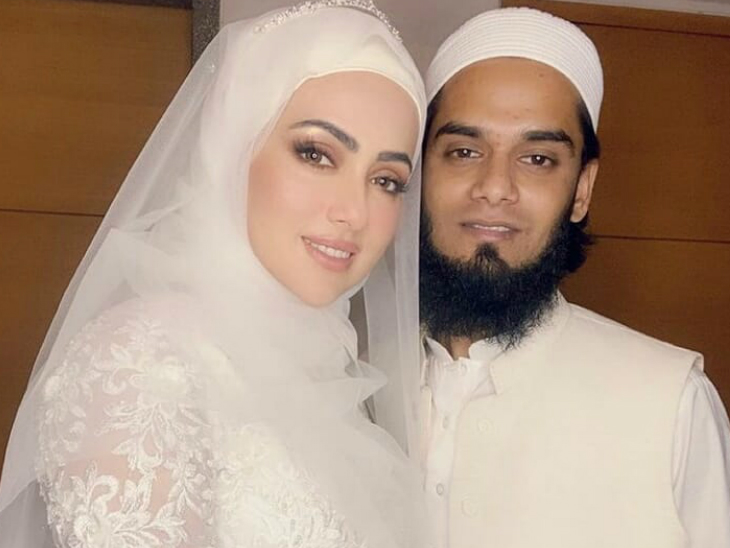 Former actress Sana Khan is having a honeymoon in Kashmir with her husband Anas Saeed. She is also sharing videos and photos of this trip on social media. Both of them got married on November 20 this year. A month has passed for the wedding on 20 December. Earlier in October, Sana had announced that she would not work in films and would associate herself with Upwale. Since then, it is being said that she has left her acting career under the pressure of her husband.

Now in an interview, Anas has rejected all these things. She said, “Sana herself announced on social media 6 months ago that she would wear hijab. She always wanted to quit the work she was doing. I wanted to give her some time, but she She was firm on her decision. I was also shocked when she decided that she was leaving the industry. “

Anas said – People ask how did the actress get married?
Anas also talked about his relationship with Sana. He said, “I prayed to the upstairs that I should be married to Sana and she listened to me. I think I would not have been so happy if I had been married to someone else. I always wanted to marry such a girl.” It was someone who respects me and fulfills me. People ask me how I got married to an actress? But these people are people of small thinking.

Sana announced to leave the industry on social media
6 months ago, on social media, Sana announced to leave the industry. He wrote – Today I am talking to you when I am standing at a turning point in my life. I have lived a life of showbiz for many years. Right now I have been honored with all kinds of fame, honor and money. I am very thankful to my fans for this.