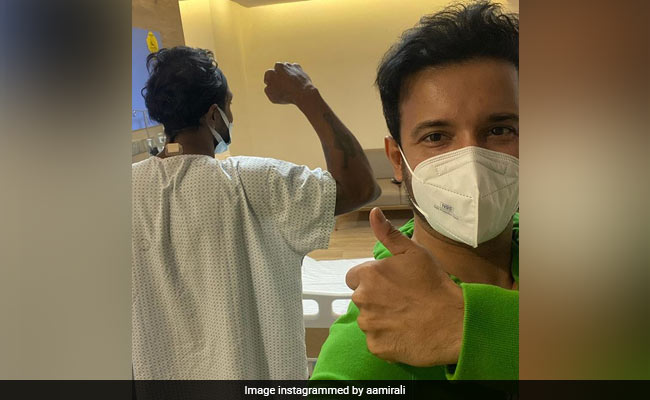 Bollywood’s famous choreographer Remo D’Souza has undergone a heart attack, after which he was admitted to the Kokilaben Hospital in Mumbai in critical condition. Where he is currently being treated. However, now a photo of Remo D’Souza from the hospital is going viral. This photo has been shared by actor Aamir Ali from his Instagram account. Looking at the picture, it seems that now Remo D’Souza is slowly recovering. However, in the photo, only the choreographer’s back is visible. But the fans are quite happy about the recovery of Remo.

While sharing the photo, actor Aamir Ali wrote in the caption, “My brother is back.” People are commenting a lot on this post of Aamir Ali and giving their feedback. Remo D’Souza has choreographed several major films along with film direction. He started his career in the year 1995. In 2000, he choreographed the film ‘Dil Pe Mat Le Yaar’.

Let us know that Remo D’Souza has directed films such as ‘Flying Jute’, ‘Race 3’, ‘Shatik’, ‘ABCD’, ‘ABCD 2’ and ‘Street Dancer’. Apart from this, he has also appeared in many reality shows. Remo D’Souza plays the lead judge on the Dance Plus show.