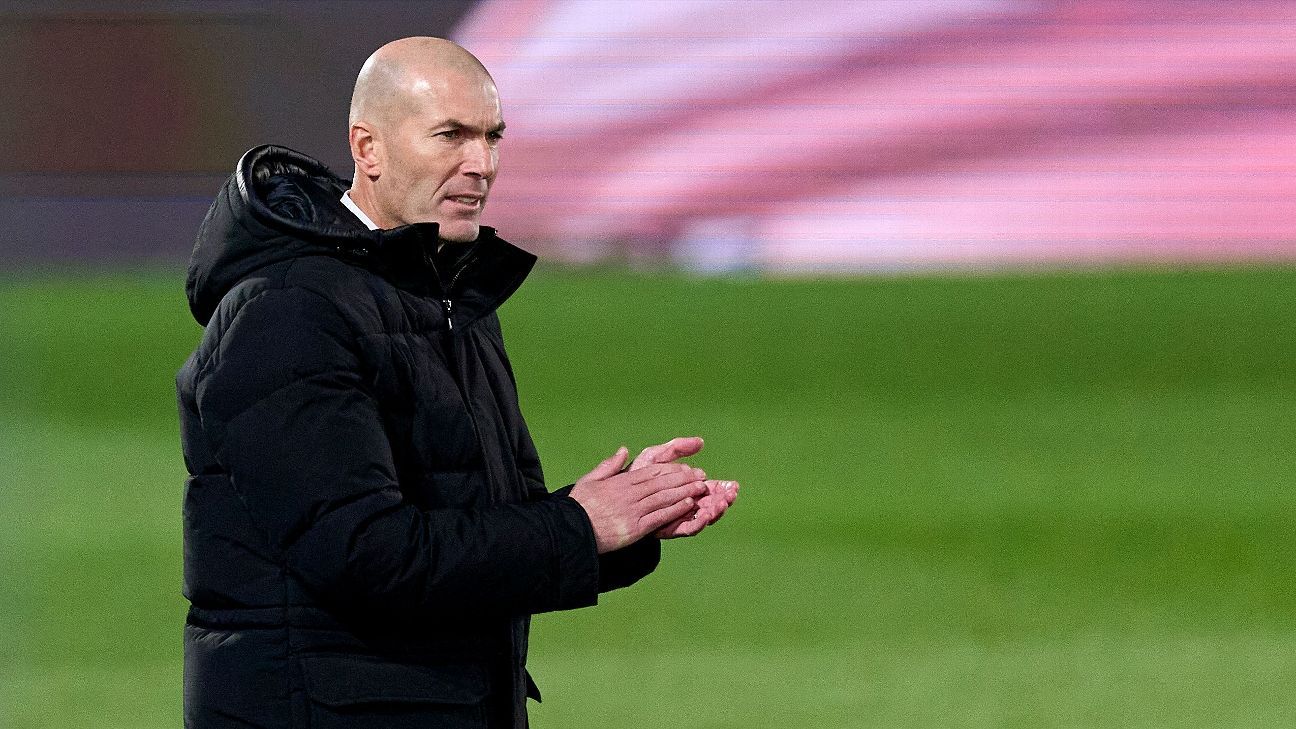 Zinedine Zidane has refused to rule out adding to his Real Madrid squad in January while admitting the team needs a full-fledged Eden Hazard in the second half of the season.

Madrid have won three league games in a row to give themselves a chance to defend the La Liga title they won in 2019-20.

This despite the club’s decision not to strengthen the team in the summer and the fact that striker Hazard has only been limited to three league games so far.

“I’m happy with my players, I will count on everyone,” Zidane said in a press conference ahead of Madrid’s game in Eibar on Sunday.

“Things could happen, that’s clear. Anything can happen in any club by the end of January. But I can say what I feel. My players are the best.”

Madrid members will – in effect – meet on Sunday to approve the club’s latest pandemic-hit accounts, which are forecast to drop € 300 million in income in 2020-21, a significant cut on future spending.

One high profile player who has been linked with an exit was Isco. His father and agent admitted last month that the playmaker wants a move abroad.

“I can only talk about my players,” said Zidane when asked if he would consider swapping for long-term goal Paul Pogba.

“Isco is here with us. We have enough thinking about what to do. Tomorrow we have an important game.”

There won’t be any danger against Eibar as he has missed the last three weeks with a thigh problem.

It is the latest in a series of injury problems that plagued the Belgium international’s first 18 months as a Real Madrid player after breaking two ankles last season.

“We hope he will be back soon,” added Zidane. “He’s almost completely recovered but he’s still missing something to play with … The most important thing for us is that Eden is recovering well.

“He had never had anything until his injury in Madrid. He always played regularly. He has to accept that.”

“What we want most of all is that when he comes back it is forever. We need him, but we’re not going to do anything stupid, bring him back too soon. Calm and be patient.”