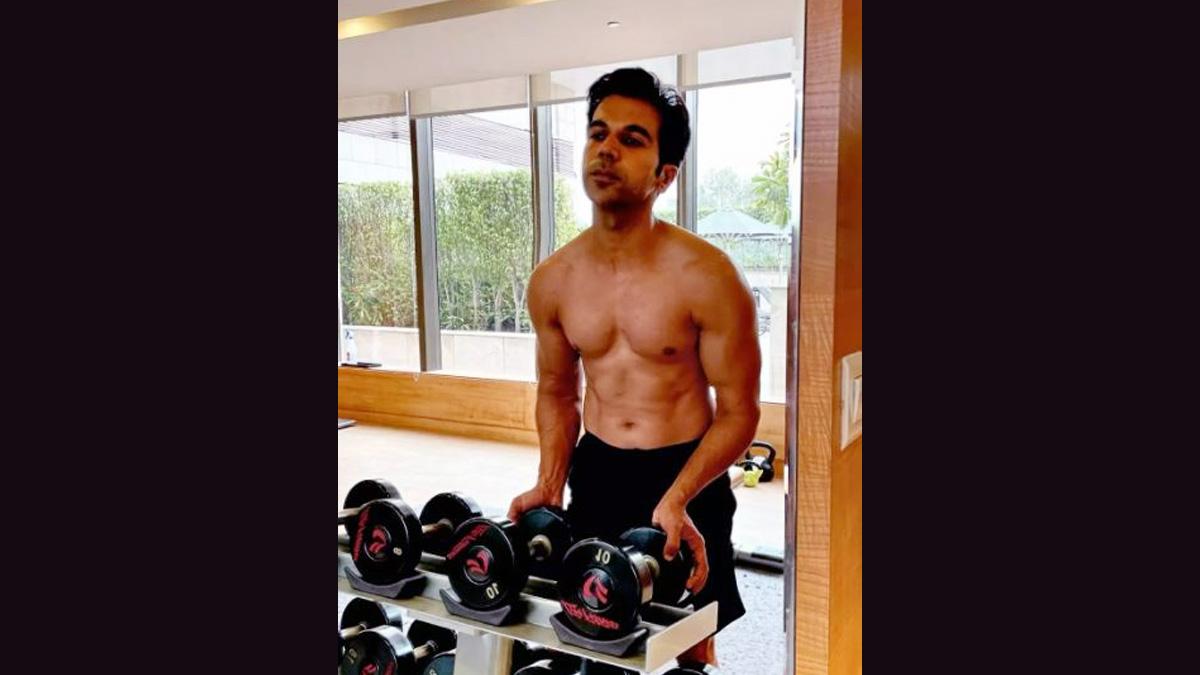 Bollywood actor Rajkumar Rao is preparing for his upcoming film ‘Badhaai Do’. Rajkumar is spending a lot of time in the gym for the film so that he can make his body more muscular. Recently, he gave a glimpse of his constantly improving personality through social media. Rajkumar shared a picture of him in which he is seen in a very muscular style.

He was seen flaunting his muscles standing near dumbbells in the gym. Even before this, Rajkummar Rao has shared a picture of himself on Instagram, in which he was seen showing his muscular back. In the caption of the picture, Rajkummar Rao wrote, “New character. New preparation.” Let me tell you that congratulations are the sequel of the two Ayushman Khurana and Sanya Malhotra starrer film Badhaai Ho. The first part of the film was a blockbuster hit.

Ayushmann Khurrana and Sanya Malhotra were seen playing the lead role in this film released in the year 2018. The story of the film was about the embarrassment of the family due to the unwanted pregnancy of an aging woman, and the changing atmosphere and thinking in the house. In the film, a very beautiful message was served in front of the audience in a very funny style, which was very much liked.

Talking about his transformation for the film, Rajkummar Rao said to the Bombay Times, “Congratulations is really a very special film for me. I have been on a very strict diet routine. Being a vegetarian I am a natural and organic I am following a diet which includes fruits, oats, quinoa, sattu and a lot of vegetables. Even when it was not possible to go to the gym in lockdown, I used to stay home and work out. “