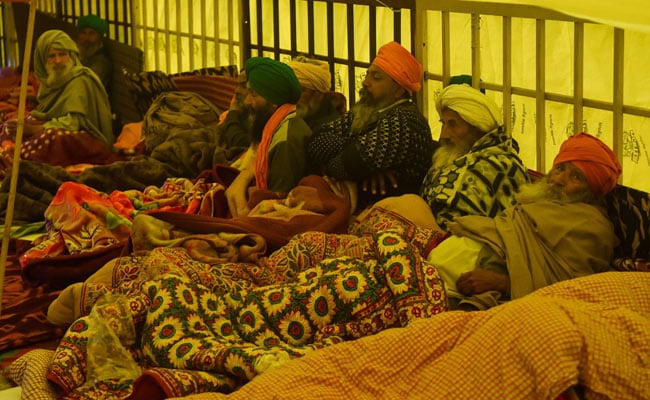 Reports of the death surfaced hours after a Sikh priest died yesterday by suicide. (Representative)

A farmer protesting near the Delhi-Haryana border died earlier this morning, allegedly because of the bitter cold. The man, father of three, was found dead in a place where thousands of farmers have been protesting against central farm laws for 22 days.

The farmer had three children, ages 10, 12, and 14 and reportedly died of the freezing cold season.

Reports of death surfaced hours after the suicide of a Sikh priest about 2 km from the epicenter of the protests on the Delhi-Haryana border. Baba Ram Singh, a priest from a Gurdwara in Haryana, strongly supported the protests and left a message saying that he was “angry and tormented” by the injustice of the government.

Farmers groups claim that more than 20 demonstrators have died since the agitation began in late November. Many are said to have suffered from the rising winter cold and a cold spell in northern India.

Many have visited the farmers who have occupied various points on highways near Delhi with blankets and heaters. Protesters also light fires to keep warm and are determined to stay long term.

“We are fighting the cold weather and we will continue to fight the cold until our demands are met. We will not move even if it rains,” the ANI news agency quoted a demonstrator in the border area between Ghazipur.

Temperatures in Delhi and the surrounding area have dropped to around five degrees or less in recent days. Daytime temperatures have also fallen more than four degrees below normal.