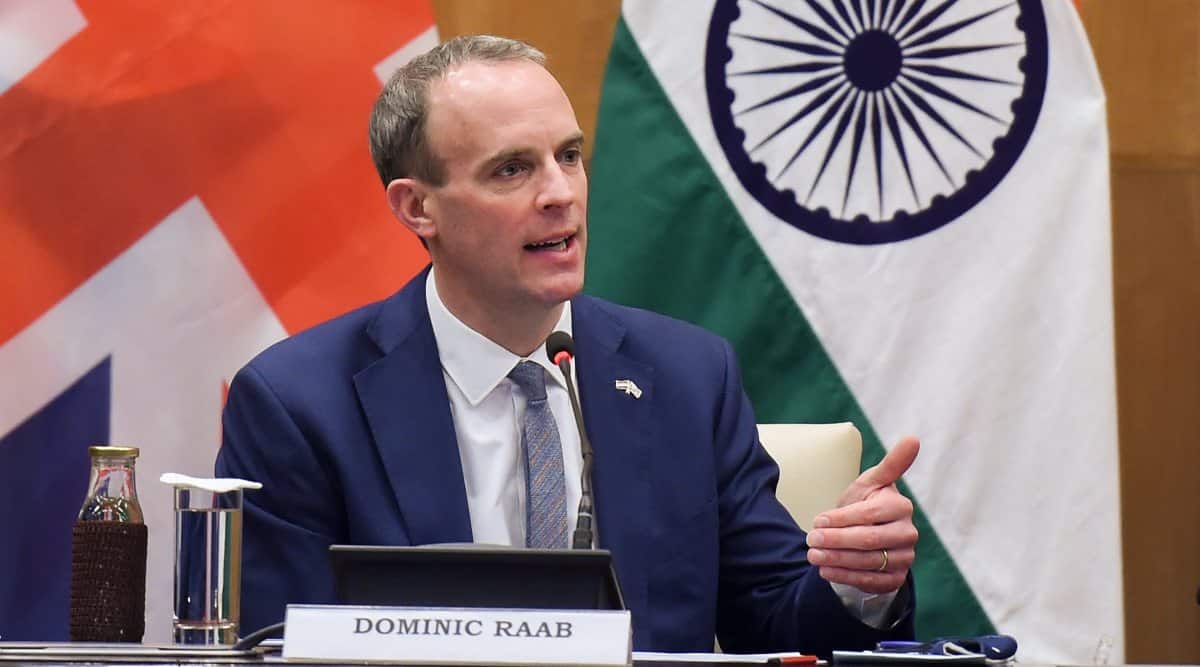 A day after announcing that British Prime Minister Boris Johnson would be the main guest at the January Republic Day celebrations, the visit by British Foreign Secretary Dominic Raab on Wednesday said he was aware of the situation arising from the peasant protests “discussed” him Foreign Minister S Jaishankar. He stressed that because of the Indian diaspora in the UK, “your politics” is in a sense “our politics”.

Raab, who also met Prime Minister Narendra Modi, told a group of journalists that India has “a living legacy of peaceful protests” and that Britain “respects it”.

Following their meeting, Modi said in a Twitter post: “Excellent meeting with @DominicRaab, @FCDOGovUK’s UK Foreign Secretary. Discussed the huge potential of the India-UK partnership in the post-COVID and post-BREXIT world. We look forward to seeing PM @BorisJohnson as the lead guest at our Republic Day celebrations next month. “

When asked about the peasant protests, Raab replied: “I discussed the situation with Foreign Minister Jaishankar, and of course we respect the fact that the reforms that are going through your system are domestic reforms. Of course they sparked the protests you are referring to and your policy is in a sense our policy because of the Indian diaspora in Britain. But I think India not only has a market-oriented economy, it has one too living legacy of peaceful protests and heated debates, and we watch that with interest and respect. “

British MPs of Indian origin have raised the issue of peasant protests in the British Parliament.

When asked about China’s rise and readiness to fight in the Indo-Pacific region and on the Indian-Chinese border, Raab reacted cautiously. He said China’s rise offers a strategic context and there are “opportunities” and “challenges” and “risks”.

He talked about the UK’s strategy with Indo-Pacific Tilt, which is about “seizing more opportunities, but also better managing some of the challenges and pressures”.

He said the UK and India could work together on “cyber and fighting misinformation” and on the “maritime sector”.

In the Indo-Pacific region, he said he had discussed this with Prime Minister Modi. He described India as a “partner and friend” and said there would be a “change of step” in cooperation and collaboration.

On the prospect of an India-UK Free Trade Agreement (FTA) when Johnson visits India next monthRaab did not go into details, but said that the “ambitions in the entire bilateral relationship are very high”.

Regarding the extradition of refugees, he said there were still some “legal questions unanswered” that were “independent of politics or political intervention”. However, he said: “We want these to be accelerated as soon as possible.”