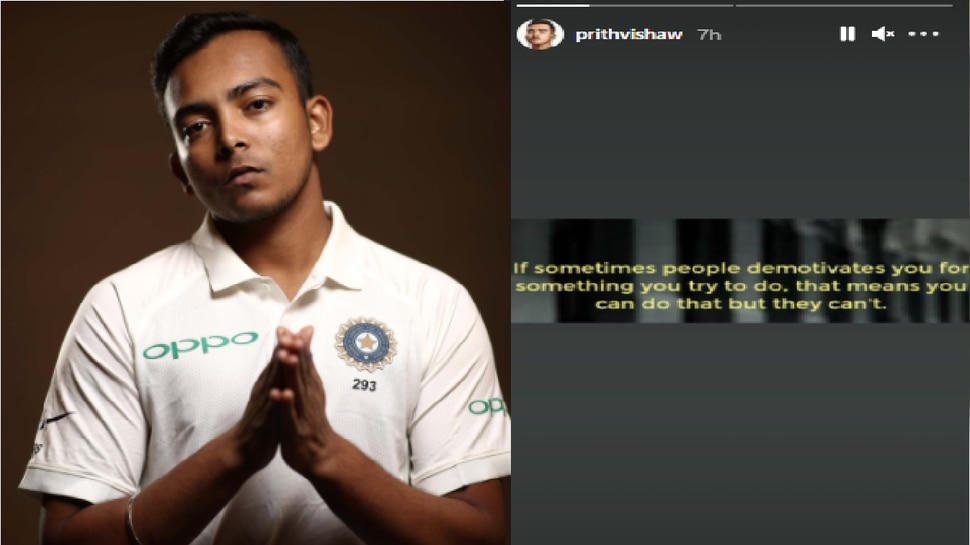 new Delhi: Prithvi Shaw flopped badly in the first Test match played against Australia in Adelaide. After this, they are being criticized a lot. Due to his poor form, people have raised a lot of questions on him on social media and the talk of not giving him a place in the playing eleven in the second Test has caught fire.

Prithvi Shaw has given a message to his critics through Instagram Story. Shaw wrote in his Instagram story, ‘Sometimes when people provoke you to do something, understand that you can do that but those people cannot.’

The 21-year-old batsman’s technique, temperament and overall attitude towards the game have raised some serious questions in the Indian cricket corridors.

Along with flaws in his technique in batting, his fielding is also not of the standard of international cricket. Since the time of IPL, questions are being raised about his fielding. Along with being slow in the outfield, he also dripped an easy catch by Marnus Labuschen which put an extra burden of 30 runs on the team.

Please tell that Shaw (Prithvi Shaw) could not even open the account in the first innings of the day-night Test match played with pink ball. He scored just four runs in the second innings. He was dismissed by Mitchell Starc in the first innings and Pat Cummins in the second innings. The same thing in both innings was that Shaw was out in the same way – because of the gap between the bat and the pad on the inswinger.