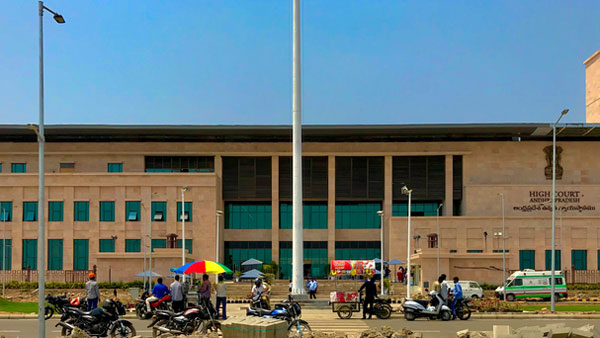 Constitutional breakdown in AP because ..

The High Court had earlier decided to hold a hearing on the matter of constitutional breach in the AP. There are two main reasons behind this. Chief among these are the habeas corpus petitions filed during the disappearance of persons in the AP. The DGP appeared before the High Court during the hearing and assured that action would be taken instead of repeating the same. However, the disappearance of individuals did not stop the filing of habeas corpus petitions. At the same time the police started harassing the lawyers on behalf of the victims who were filing these petitions. With this, the High Court became serious about the matter. At the same time, the ruling party leaders started a war on social media over the remarks made by the High Court against the police. The High Court has decided to hear the two cases together and decide whether there is a constitutional breach in the state.

The AP government has sought to withdraw the orders issued by the High Court in October this year to find out whether there was a constitutional breach in the state. However, the High Court refused. If the trial has been going on since October, it has remained silent so far and questioned the motive behind the last-minute withdrawal of the trial orders. He was outraged that such an appeal was being made to delay the trial. Advocate General Shriram Subramaniam, who intervened at this juncture, will approach the Supreme Court on this and the Corina High Court has not agreed to adjourn till then. This led to heated arguments in the High Court.

Concern that will lead to a presidential rule

The government has strongly objected to the High Court’s move to hold an inquiry into the ongoing constitutional breach in the AP. In the end, SS Prasad, a lawyer for the police, expressed concern that the failure of the constitutional system in his arguments would lead to a presidential rule under Article 356. However, the tribunal did not back down. During the trial of these cases, a lawyer representing the government took the initiative to bring the President’s rule to the attention of the High Court in an unprecedented manner. The orders given by the High Court in the trial of this case indicate that there is concern in the government that it will ultimately lead to a presidential rule.

AG vs. Word of mouth

The High Court bench comprising Justice Rakesh Kumar and Justice Umadevi severely misjudged the conduct of Advocate General Shriram Subramaniam in the arguments regarding the trial of the constitutional breach case. The tribunal objected to the High Court hearing the arguments on behalf of the government in the High Court and saying that the trial should be adjourned and go to the Supreme Court. The tribunal commented that such arguments were not expected from you. AG Shriram replied that such allegations were not expected from you either. Responding to this, the High Court bench warned the AG that the systems of governments coming and going are important.