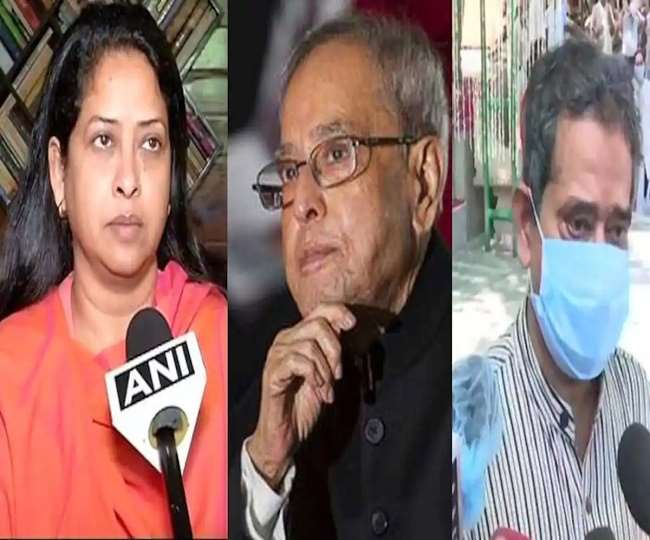 New Delhi Son Abhijeet Mukherjee and daughter Sharmistha Mukherjee have come face to face with former President Pranab Mukherjee’s book ‘The Presidential Years’ to be published in January. While expressing concern, Abhijeet has asked the publisher not to release the book, while Sharmistha has appealed to Abhijeet not to obstruct the publication of the book. Sharmistha has said that if there is any obstacle in the way of the publication of the book, then it will be a great dis-service to the former President, that is, it will be like throwing away his work.

Significantly, Abhijeet Mukherjee has demanded the release of the book by tweeting one after the other since Monday. Expressing concern about some portions of the book that came out in the media, Abhijit Mukherjee said, “My father is not alive today, so as his son, I want to see the contents of the book before its publication.” Had my father been alive today, he would have done the same. Mukherjee further wrote, tagging the publisher, that being the son of him (Pranab Mukherjee), I request that the publication be stopped immediately without my written consent.

I , the Son of the author of the Memoir ” The Presidential Memoirs ” request you to kindly stop the publication of the memoir as well as motivated excerpts which is already floating in certain media platforms without my written consent .1/3

Do not put any hindrance in publishing – shame

Sharmistha has tweeted and requested brother Abhijeet not to create any unnecessary hindrance in the publication of the last book written by his father. He has said that the father had completed the manuscript before he became ill. The final draft has his (Pranab Mukherjee) handwritten notes and comments.

I, daughter of the author of the memoir ‘The Presidential Years’, request my brother @ABHIJIT_LS not to create any unnecessary hurdles in publication of the last book written by our father. He completed the manuscript before he fell sick 1/3

Learn what is in the book

Let us know that this book of Pranab Mukherjee is going to come in January next year and before the publication a lot of controversy has arisen about the book. In fact, according to this book, Pranab Mukherjee himself has written that after he became President, the Congress had lost direction and Sonia Gandhi could not handle the affairs of the party.

According to the book, Pranab Mukherjee also wrote that former Prime Minister Dr. Manmohan Singh spent more time during his tenure in protecting the UPA alliance, which had a bad effect on the functioning of the government. Obviously, in such a situation, this book of Pranab Mukherjee can increase the problems of Congress. Let me tell you that Mukherjee had written the memoir ‘The Presidential Years’ before his death. Published by Rupa Prakashan, the book was scheduled to be available to readers from January 2021. Mukherjee died on July 31 at the age of 84 due to health complications.