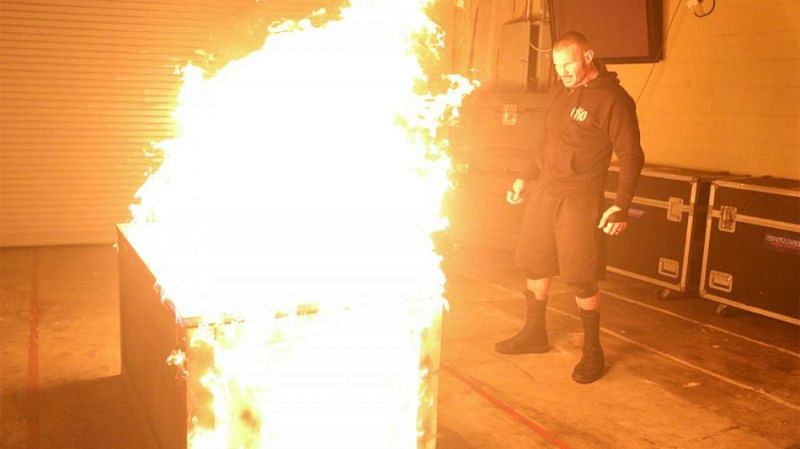 Randy Orton will face The Fiend in a Firefly Inferno match on WWE TLC tonight. There are no official details about the game yet, but there is a small update from Dave Meltzer on the latest edition of Wrestling Observer Radio. Meltzer said the match could be a traditional inferno match, with a ring surrounded by fire (like the inferno match between Kane and The Undertaker). Meltzer was also surprised that WWE didn’t make an official statement:

“I just thought it was a ring surrounded by a fire match. They’ve done that before. These matches are usually really bad. They look good, but what can you do in these matches.

“You didn’t explain. You didn’t say a word about it last night,” said Meltzer.

Dave Meltzer’s co-host Bryan Alvarez suggested that the name of the game could contain “Firefly” and it could also be a movie game on TLC.

Last Monday’s WWE RAW episode, Bray Wyatt came to the ring to apologize to Randy Orton. Wyatt then sent a warning to Orton about what The Fiend would do to him at TLC. Wyatt had prepared a few jokes too.

Randy Orton then appeared on the Titantron and invited Bray Wyatt to play a game with him. We met Bray Wyatt backstage later that night. He saw his old rocking chair in a room. As soon as he sat down, Randy Orton emerged from the darkness and attacked him from behind. Orton laid out Bray Wyatt, then put him in a wooden box. The Viper then locked the box, poured fuel over it, and lit it.

The fiend then emerged from the box. He put the mandibular claw on a shocked Randy Orton and laid it out before their Firefly Inferno Match at WWE TLC.