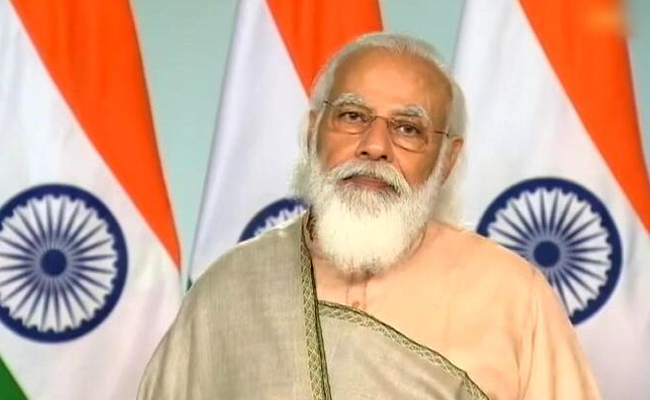 Walking on delhi border Farmers Protest in between Prime Minister Narendra Modi (Prime Minister Narendra Modi) will address the farmers of Madhya Pradesh (Madhya Pradesh) at 2 pm tomorrow. This address will be through video conferencing. It will be broadcast live in about 23 thousand gram panchayats of the state. Chief Minister Shivraj Singh Chauhan (Shivraj Singh Chouhan) will be present in Raisen for this. State government ministers and BJP MLAs will be present in the district headquarters.

This initiative of the government came a day after the Supreme Court’s comment in which the court asked the central government to solve the farmers’ problems without delay. The court also said that if the solution is not reached in time, the performance of the farmers can be national.

PM will be the chief guest at the centenary celebrations of AMU, the Vice Chancellor warned everyone – ‘Stay away from politics’

Yesterday, the court had asked to constitute the committee to resolve the issue. On the Kundali border yesterday, Sikh Saint Ram Singh committed suicide due to farmers’ problems. Since then, political mercury has gone up. While hearing the case for the second day today, the court remarked that the right to protect anyone’s rights cannot be curtailed.