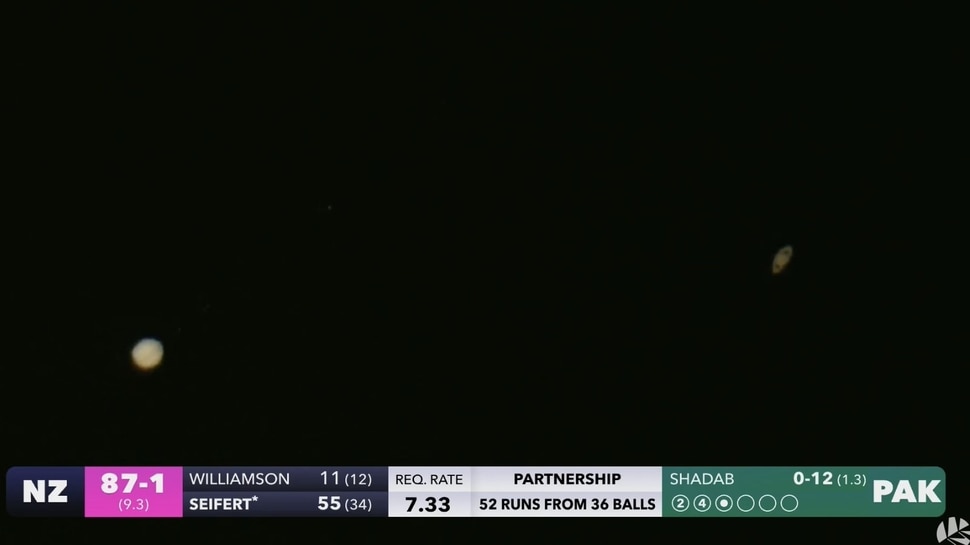 new Delhi: New Zealand has captured the three-match T20 series being played between New Zealand and Pakistan (NZ vs PAK). In the second T20 match, the Kiwis defeated Pakistan by 9 wickets. A very beautiful view was seen in this match played in Sedan Park. The picture of this view is becoming very viral on social media.

In the second innings of the match, when the New Zealand team was chasing the target of 164 runs and the 11th over was going on. Then the cameraman came to cover the match on his camera

Jupiter and Saturn can be seen from Seddon Park, but the stars/planets don’t appear to be aligning for Pakistan today.

NZ need 64 from 53 balls with nine wickets in hand.

Seeing other planets from the earth in the open sky gives a different experience and the cameraman captured some such feat in his camera, after which people are appreciating him a lot.

IND vs AUS: no change in Test series due to Kovid-19, CA made a big statement

The Flash Score Cricket commentators posted this picture on their Twitter account, writing, ‘Saturn and Jupiter can be seen from Sedan Park, but the stars / planets for Pakistan are not in perfect sync today’.

Let us know that after defeating Pakistan in the second T20, New Zealand has taken an unassailable 2-0 lead in the series. The last match of the series will be played in Napier on Tuesday.