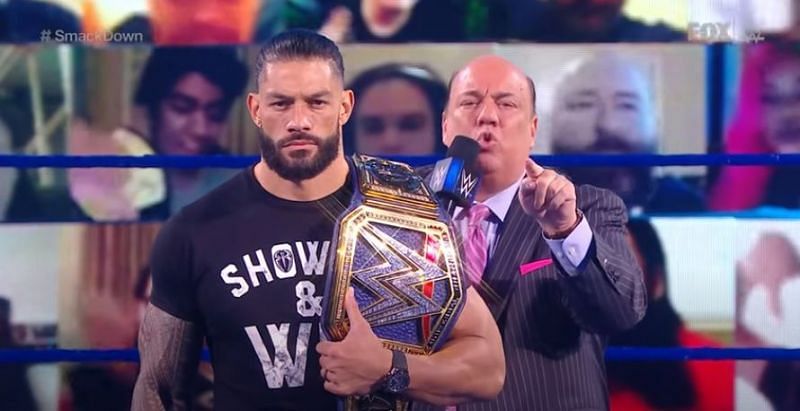 Roman Reigns has been given a new lease of life in the past few months after turning his heel. Lots of fans had asked for it for years and they finally got what they asked for. Reigns had missed a large part of 2020 when he decided not to run at the start of the pandemic. Roman Reigns Special Counsel Paul Heyman has now revealed the real reason The Tribal Chief missed WrestleMania 36.

Booker T was this week’s special guest at Talking Smack, and he pointed out that Roman Reigns had a privileged background and a pleasant upbringing. Comparing him to Kevin Owens, who according to Booker T. Heyman didn’t have much, admitted that Owens is a dangerous competitor and the most dangerous challenger to Roman Reigns.

“Four major WrestleMania events would have been five if he had bothered to come this year, but he didn’t like the way WWE treated him. And what did he do? He set an example of who” the man “is Here. Came back and on his first night in the ring the top WWE champion again. And this man is pushed beyond his limits by Kevin Owens. God help Kevin Owens because no one else will be in the ring until this Sunday night “, said Heyman.

Reigns eventually won the title at Payback and has held the title ever since. He’ll defend it against Kevin Owens on TLC, the final pay-per-view of 2020.