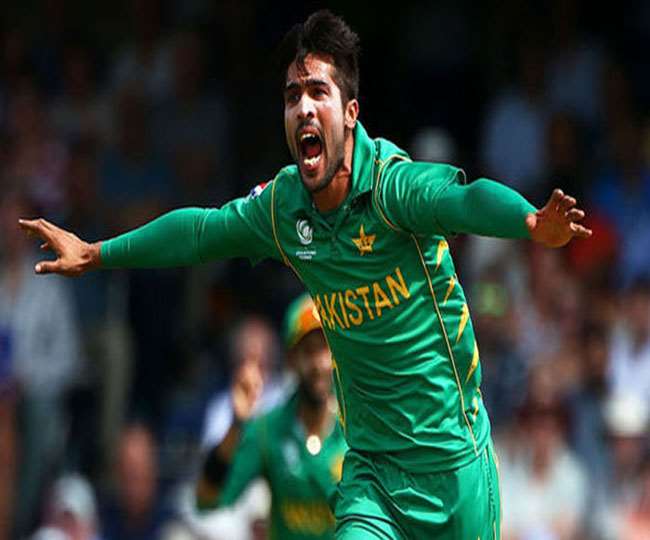 New Delhi Pakistan cricket team’s fast bowler Mohammad Aamir announced his retirement from international cricket. Earlier, he had retired from Test cricket. Aamir accused the Pakistan Cricket Board or PCB that he made this decision only after the mental torture was done. He said that when he was not included in the 35 players of the team going to New Zealand, he felt that he should now decide on his future as it was a wake-up call for him.

Here is Pakistani fast bowler @iamamirofficial announcing retirement from international cricket as protest against Pak team management’s behaviour. he was talking to me pic.twitter.com/TMC2LDEZHb

28 years old Aamir had retired from Test cricket only last year and his decision was severely criticized, but Mo. Aamir made it clear that now his patience has been answered and he cannot continue playing under the current Pakistan team management. Mo. Aamir was also a part of Sri Lanka Premier League recently.

A Pakistani journalist Shoaib Jat shared the video on social media. Aamir has clearly said everything. He said that he would continue to play in franchise cricket, but could no longer continue to play for Pakistan. He said that I am not leaving cricket, but after the way I was side-lined, I had to decide. I was not included in the 35 players for the tour of New Zealand and it was a wakeup call for me.

Aamir said, I do not think I can play cricket under this management. I am leaving cricket for now. I was tortured too much and now can’t handle it. Between 2010-2015, I have suffered a lot. I am constantly hearing that the Pakistan Cricket Board has invested a lot on me. I want to thank Shahid Afridi for giving me the opportunity to play after the ban.

Aamir said that everyone wants to play for their country and when I quit playing Test cricket, I was told that I have retired from Test to play in other league. Let me tell you that I had made a comeback to cricket through BPL and if I had to play only league cricket, I would have already said that I will not be able to play for Pakistan. Mo. Aamir made his debut for Pakistan in 2009 through T20 cricket. He played 30 Tests, 61 ODIs and 50 T20 Internationals. In these, he took 119, 81 and 59 wickets.