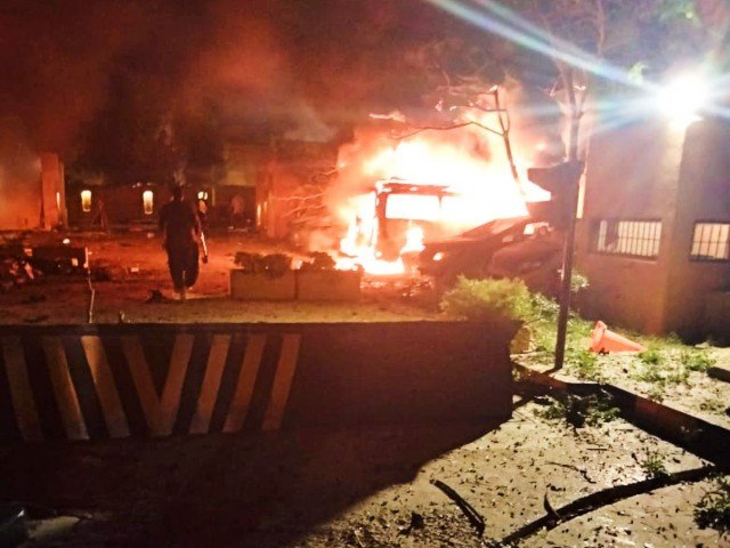 The blast occurred in a hotel in Quetta city of Pakistan late on Wednesday. Five people have died. 33 people have been reported injured.

There was a big blast in Quetta city of Pakistan at around 11 pm on Wednesday night. The blast took place in the parking lot of Serena, the largest hotel in Quetta. Till now five people have been killed. The hotel where the blast took place, Chinese officials stayed here. According to a doctor at the city’s government hospital, the death toll could be much higher, as the condition of most of the injured is critical. Media reports said that preparations are being made to hand over large parts of the city to the army, as violence has been taking place here for the past several days.

33 people injured
According to Pakistan newspaper ‘The Express Tribune’, many people were present in the parking lot at the time of the incident. These people came here to participate in a function. Some of these were also foreign nationals. Reports have said that about 33 people are injured and most of them are in critical condition. The reason for this is that most people were communicating together in a herd.

Bomb blast or something
The demand for independence has been arising in Balochistan for a long time. The rebel groups attack Pakistani army posts here and many soldiers have been killed in them. Rangers and special battalions have also been deployed here in recent times. Despite this, the violence did not subside.

Seven cars were completely destroyed in the blast. So far it has not been clear whether it was a bomb blast or something. The Balochistan government confirmed the blast and said the death toll was 4. The government statement said – It is being tried to find out whether it is a terrorist attack or something. Pakistan’s Interior Minister Sheikh Rashid also confirmed the incident. Said- We will try to get to the bottom of the matter. The entire country is united in tackling terrorism.

There are more news …