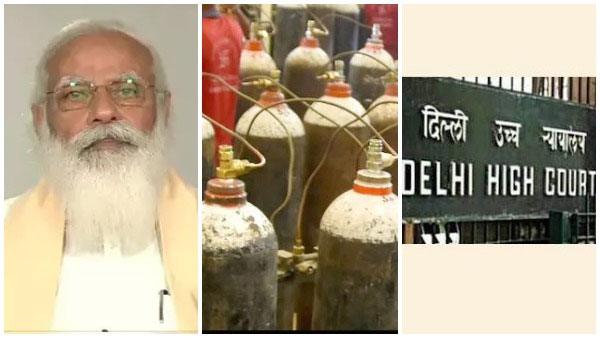 In the national capital, Delhi, new cases of corona virus, deaths are on the rise, almost all hospitals are overcrowded and the number of critical patients is skyrocketing. Oxygen shortage has become a serious problem in all major cities of the country, including Delhi. The center is failing to supply enough despite some rush in the name of oxygen trains. The management of Max Hospitals in Delhi has filed a petition in the Delhi High Court seeking redressal of the oxygen shortage.

Call for the right to life?

The Center has not complied with the orders issued by the Delhi High Court on Tuesday to immediately supply oxygen to Max hospitals and provide oxygen to all hospitals in need. With this, the arguments on Wednesday went wild. The judges reprimanded the center ‘s lawyer for what he had done for a whole day. Justice Vipin Sanghi and Justice Rekha Palli directed the government not to deny the people the right to life and to make oxygen available. While,

Everything is in the hands of the center ..

The Center’s lawyer was amazed that the petition filed by Max Hospitals should not be heard so urgently. The court was stunned. You need to know the field conditions. We said yesterday that the petroleum and steel industries are still consuming oxygen. What did you do? We do not need to worry about file movements. Many industrialists like Ratan Tata are ready to supply oxygen.

There are government-owned petroleum companies. The Air Force and other forces are at the center. If necessary, take steps to convert the amount of oxygen in the industry into medical oxygen. We do not need to beg, beg, or steal. The Delhi High Court said that Kovid patients should be given oxygen.