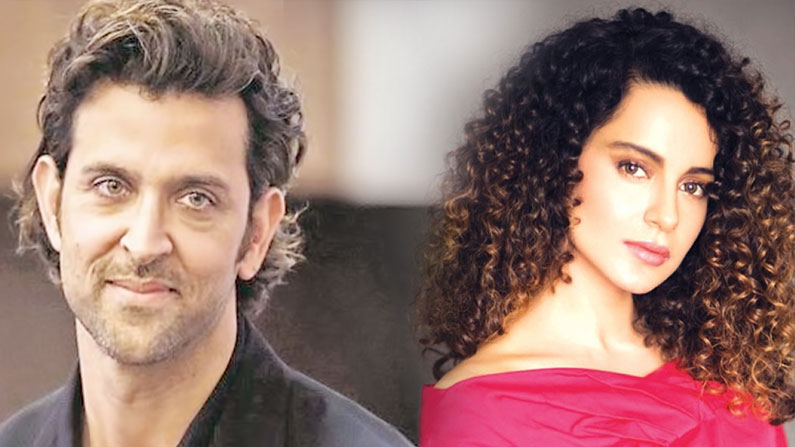 Bollywood fire brand Kangana Ranaut has once again become a hot topic. Kangana was mostly in the news after the death of young hero Sushant.

Bollywood fire brand Kangana Ranaut has once again become a hot topic. Kangana was mostly in the news after the death of young hero Sushant. Kangana Ranaut has once again criticized star hero Hrithik Roshan. Kangana Ranaut has revealed that Hrithik was in love with her during ‘Krrish 3’ in the past and the two were dating and later broke up due to differences. Kangana Ranaut has alleged that Hrithik’s wife Suhane had an affair with a girl to leave him. In 2016, Hrithik complained to the police that he had received a lot of emails from her e-mail account which had nothing to do with Kangana. However no progress has been made so far on this case. Hrithik’s lawyer has recently written a letter to the Mumbai police. The case was then transferred to the Cyber ​​Cell Crime Intelligence Unit. Kangana was once again provoked with tweets in this regard. “After many years of being divorced from him, the crying story started again. It’s been a long time since I had a breakup. He does not want to go on a date with another woman. In my personal life I was moving forward .. but he started the drama again. Hrithik will go further about that small affair, ”she tweeted. And we have to see how Hrithik responds to this.

His sob story starts again, so many years since our break up and his divorce but he refuses to move on, refuses to date any woman, just when I gather courage to find some hope in my personal life he starts the same drama again, @iHrithik How do you do all this cool stuff? https://t.co/qh6pYkpsIP