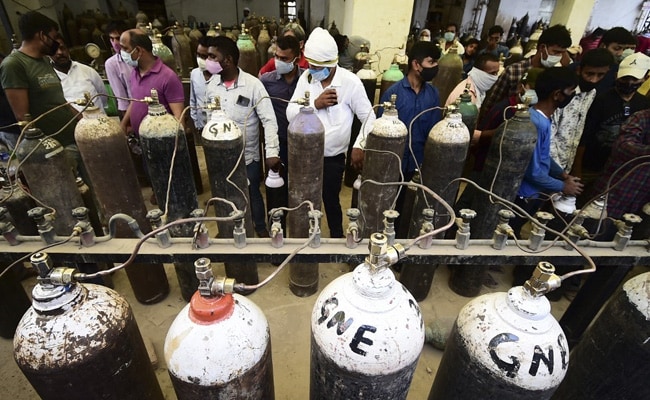 The second wave of the COVID-19 pandemic severely restricted the supply of oxygen.

Amid a worsening stalemate between different states over the supply of medical oxygen, the center said today that there will be no restriction on the movement of goods and that supply cannot be restricted to any particular state. It also banned the supply of oxygen for industrial purposes until further orders were placed.

After the Delhi government complained that Uttar Pradesh and Haryana shut down their oxygen supplies amid an angry second wave of COVID-19 and severely depleted inventory levels, the Union Interior Ministry today issued an order allowing the free movement of oxygen-carrying vehicles between states .

“No restrictions should be imposed on oxygen manufacturers and suppliers in order to restrict oxygen supply only to hospitals in the state or territory of the Union in which they are located,” says the regulation.

“The supply of oxygen for industrial purposes, with the exception of those exempted by the government, is prohibited with effect from April 22, 2021 and until further orders,” it said.

The order of the Ministry of Interior of the Union is based on the premise that the guidelines for the effective control of COVID-19 previously issued under the Civil Protection Act do not prescribe any restrictions on the interstate and domestic movement of people and goods.

In the past few weeks, the second wave of COVID-19 has had a devastating impact across the country – on Thursday, India reported 3,14,835 new infections, the world’s highest daily number, and a record 2,104 deaths in a 24-hour period.

This has caused medical resources such as oxygen, beds and ventilators to become severely scarce. For example, some of the largest hospitals in Delhi have made it with only hours of oxygen in the past few days, which has put pressure on suppliers and manufacturers.

It has also resulted in states like Delhi, Haryana and Uttar Pradesh accusing each other of blocking supplies and diverting supplies to hospitals and medical facilities in their own jurisdiction.