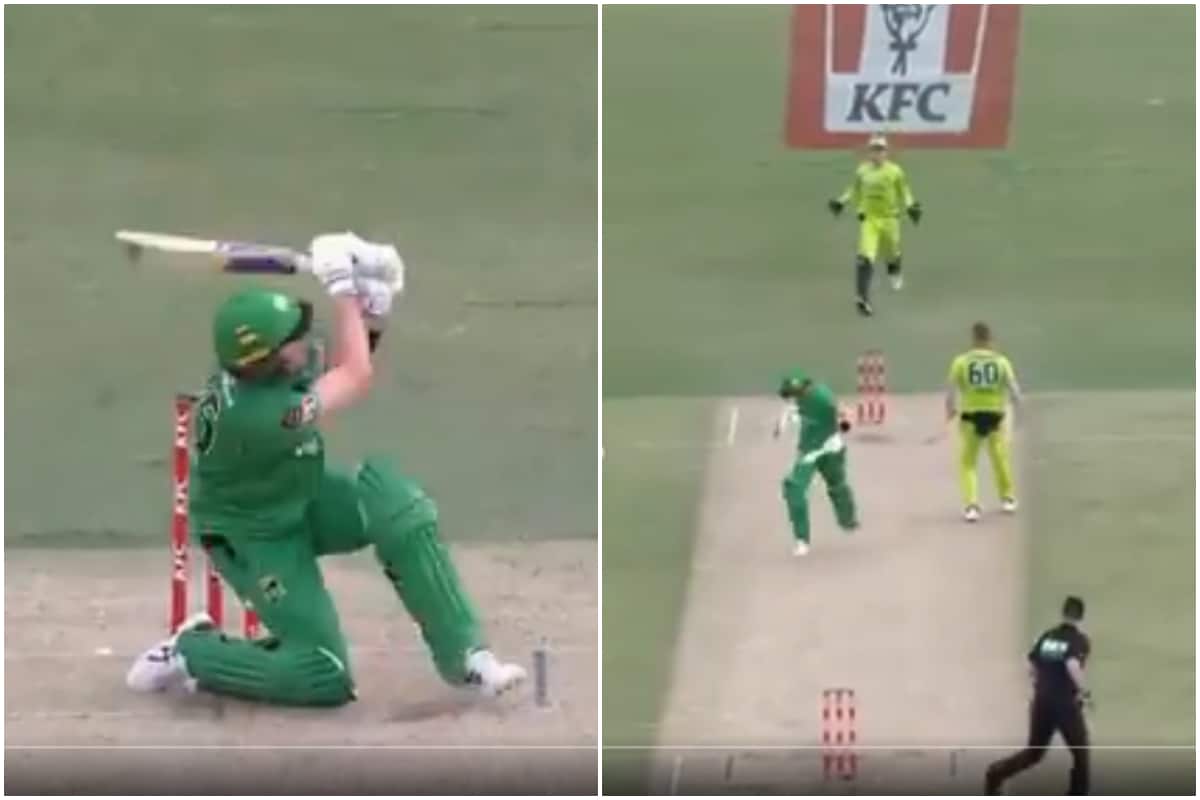 BBL 2020: Hit the batsmen and eat the ball .. Everyone on the ground is shocked

Big Bash League 2020-21: The Big Bash 2020 League is in full swing in Australia. All the Australian superstars are buzzing in this tournament. Fans are entertained with amazing batting and eye-catching bowling. Australians are glued to TVs and enjoy the Big Bash. However, an interesting scene took place during the match between the Melbourne Stars and the Sydney Thunders at the Manuka Oval Stadium in Canberra on Saturday. The ball thrown by the bowler hits the batsman directly and disappears. The batsmen and the bowlers were confused for a while as they did not understand where the ball had gone. The video has now gone viral on social media.

Nick Larkin was at the crease in the final over of the Melbourne innings. Sydney Thunders bowler Daniel Sams laid the first ball. Larkin failed to hit the ball with a huge shot. So the ball hit him directly .. then did not appear. Batsmen, bowlers, fielders were looking for it. While looking for the ball..Larkin shot a single. After running up to half the pitch .. everyone laughed as the ball dropped from his t-shirt. After the bowler threw the ball it hit Larkin directly and went inside the t-shirt. Fell down after a while. The KFC Big Bash League posted the video on its official Twitter accounts. Hide the ball .. run tee .. she jokingly tweeted.