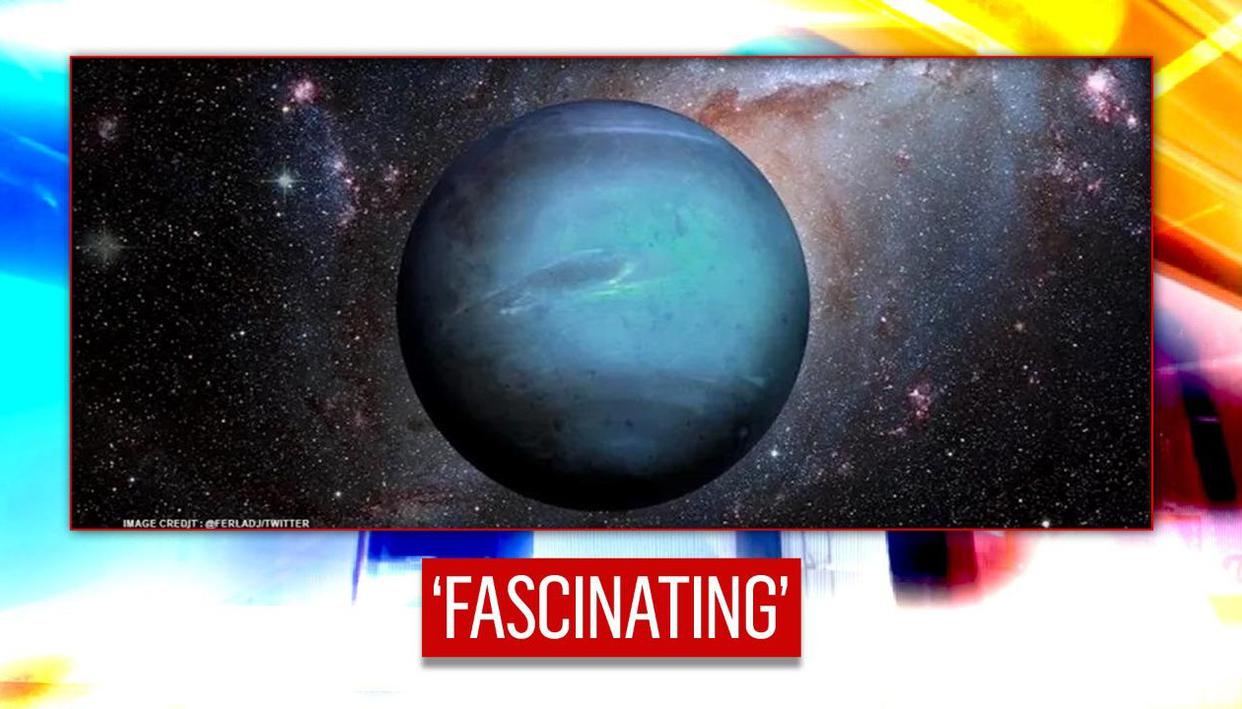 NASA shared a breathtaking picture of Hubble’s “latest view of Neptune” on December 16. While capturing it on Instagram, the US space agency wrote that the picture shows a monstrous dark storm near the top center that is wider than the Atlantic. The picture also shows a small dark spot that appeared near the “giant storm”.

In the caption, NASA stated, “The giant storm previously moved south, where storms are expected to disappear due to the atmospheric forces near the equator. However, he seems to have made a sudden U-turn and is heading back north. ”

According to the official press release, the space agency said the storm was born in the northern hemisphere of the planet and was discovered back in 2018. NASA said Hubble has been tracking similar dark spots over the past 30 years. However, the most recent picture shows this “unpredictable atmospheric behavior” which is something new. Michael H. Wong of the University of California at Berkeley said the smaller dark spot may be part of the dark spot perturbation process.

Wong added, “This is a process that has never been observed. We saw some other dark spots go away and they went away, but we never saw anything disrupted, even though computer simulations predicted it.”

NASA stated that similar dark spots were discovered by the Voyager 2 spacecraft back in 1989, but disappeared before Hubble could observe them. Since then, Hubble has had the “sharpness and sensitivity” in visible light to track those dark spots that have appeared one after the other and then faded over a period of about two years at a time. Wong said it was really exciting to see the spots. “He added that it was” surprising “to” see them the way they are supposed to behave and then suddenly swing back. ”

Since then, the post has garnered over 142,000 likes and hundreds of comments. As one user wrote, “This is so fascinating. Thank you for posting all of these beautiful photos and interesting information. “Another added,“ What a beautiful blue color, just amazing ”. “The most fascinating planet in the solar system,” added the third. “Neptune’s storms look like eyes. Wonder what he sees?” fourth wrote.

READ: Raja Chari is the only Native American selected for NASA’s mission to the moon, Netizens Cheer