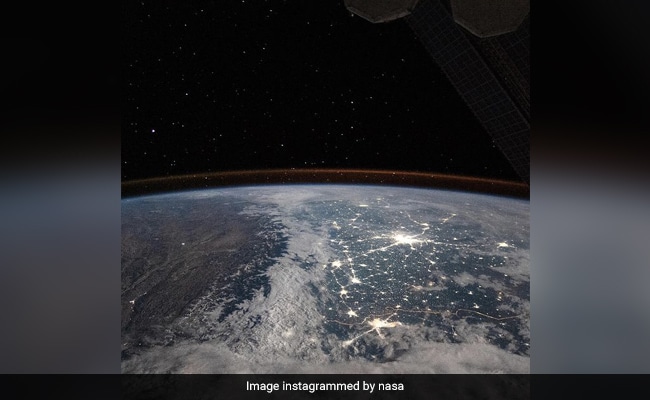 A view of the snow-capped Himalayan mountains from space.

The American space agency NASA has thrown a breathtaking view of snow-capped Himalayan peaks – seen from space. The world’s tallest mountain range appears over the bright lights of New Delhi city in the photo shared by NASA on social media. According to the space agency, the enhanced long exposure image was taken by a crew member on board the International Space Station (ISS).

“The snow-capped Himalayan mountains are in great visibility in this enhanced long exposure image captured by a crew member aboard the @iss,” NASA wrote while sharing the image. “The Himalayas, the highest mountains in the world, are the result of 50 million years of collisions between the Indian and Eurasian tectonic plates.”

On the right side of the picture or south of the Himalayas is the “agriculturally fertile region of northern India and Pakistan”.

“The bright lights of the city of New Delhi, India and Lahore, Pakistan are also visible under the faint, orange-colored air of atmospheric particles that respond to solar radiation,” wrote NASA.

Take a look at the picture below:

Since it was posted a day ago, the photo has garnered over 1.2 lakh likes and dozens of comments.

This isn’t the first time NASA has had a breathtaking view of Earth from space. Earlier this year, a NASA astronaut recorded an incredible lightning video from the ISS.