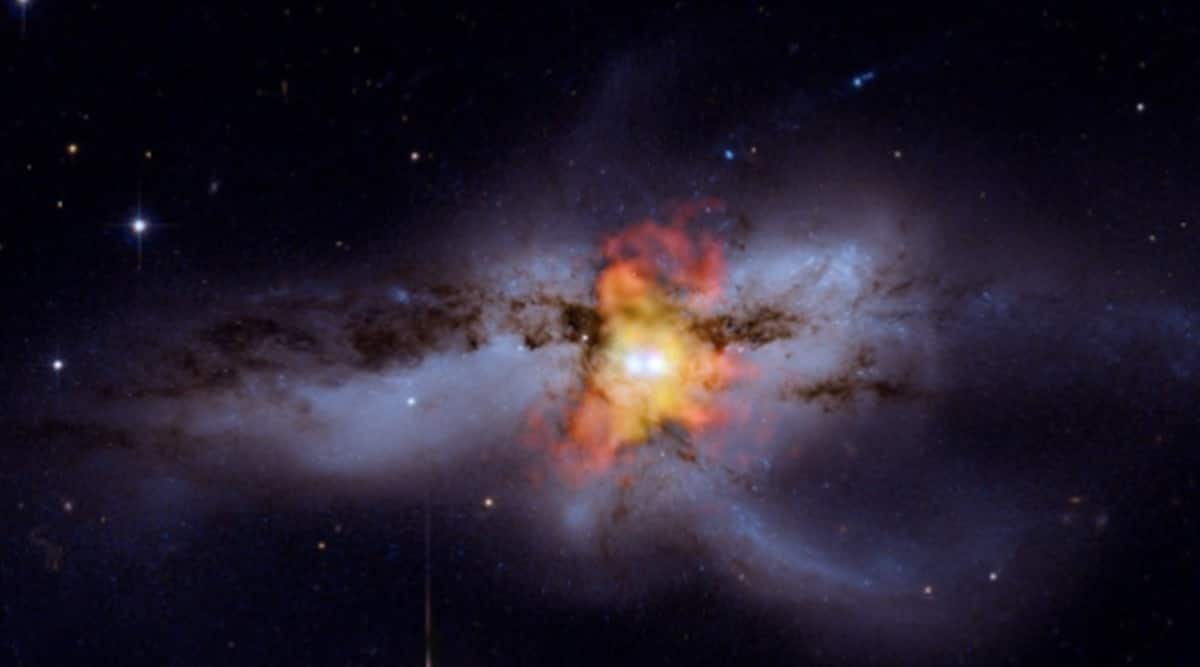 Supermassive black holes are the largest types of black holes, millions of times as massive as the sun.

According to the post, the black holes in Galaxy NGC 6240 are 3,000 light years apart and will drift together in millions of years to form a larger black hole.

According to a blog post by the observatory, the merging process began about 30 million years ago

The blog post also states that pairs of massive black holes in the merging process are likely to be the strongest sources of gravitational waves in the universe.

The Chandra X-ray Observatory is a telescope specially designed to capture X-ray emissions from very hot regions of the universe such as exploded stars, galaxy clusters, and matter around black holes.

Check out some of the responses here:

For the uninitiated, supermassive black holes, the largest types of black holes are millions of times as massive as the sun.

Download the Indian Express App for the latest trending news.