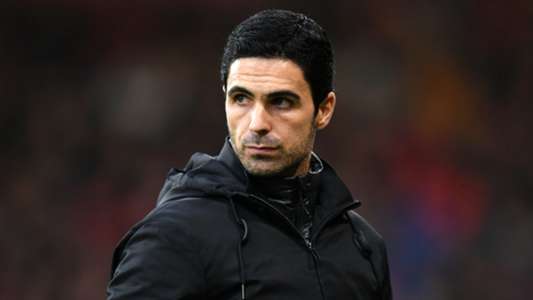 Mikel Arteta says he is ready to take “bullets” for his players and that he remains 100 percent confident that he is the man to turn things around at Arsenal.

The pressure on the Gunners boss has increased after the club’s worst start to the season since 1974 and four home defeats in the top division.

Arsenal will host Southampton as 15th in the Premier League on Wednesday night and just five points above the relegation zone.

Arteta accepts that the results were not good enough and understands the criticism that will come his way.

But he has given his players a rallying call asking them to stand up and be brave in the face of such a test, saying he is ready to stretch out his chest and take anything that gets in his way.

“I feel the pressure all the time,” said Arteta. “When we had them [good] Magic [last season]Everything wasn’t nice. There have been many difficult moments in the last few months of last summer, believe me. It wasn’t all nice and easy and pleasant.

“But of course when you win you create a different mood, and once you win the pressure is to win again. And the pressure will always be there.

“I prefer that pressure if you are always thinking of winning and going to the next trophy. But that is our reality now and we have to face it.

“And we have to put up with being brave, fighting and not giving up on anyone or anything, because it’s no time to hide, it’s time to get your face and body on the line. I’m sorry right now, but we have to take the bullets.

“What else can I do? Get my head down, work harder and try to do better and improve things. This is what I think we should do. “

When asked if he was the man who had to take the balls and not the players, Arteta added, “It’s natural, I accept it. It’s part of the job.

“If you don’t get results, ultimately the manager has maximum responsibility.

“That’s why I accept them, because you can say what you want to explain, but in the end you have to win football matches and this club is too big to take so many losses over the past few weeks.

Arteta this week had the support of Arsenal Technical Director Edu, who spoke about the need for stability at the club after such a dramatic period in recent years.

The Gunners boss said he “appreciated” the public support and firmly believed he could get Arsenal back on track.

“Yes,” he said when asked if he was 100 percent confident that he could turn things around.

“We all knew the bumps were coming. I think I have said many times in this room how we deal with them, how strong we are to get through them, and sometimes when things get ugly there is a need to get brighter and better.