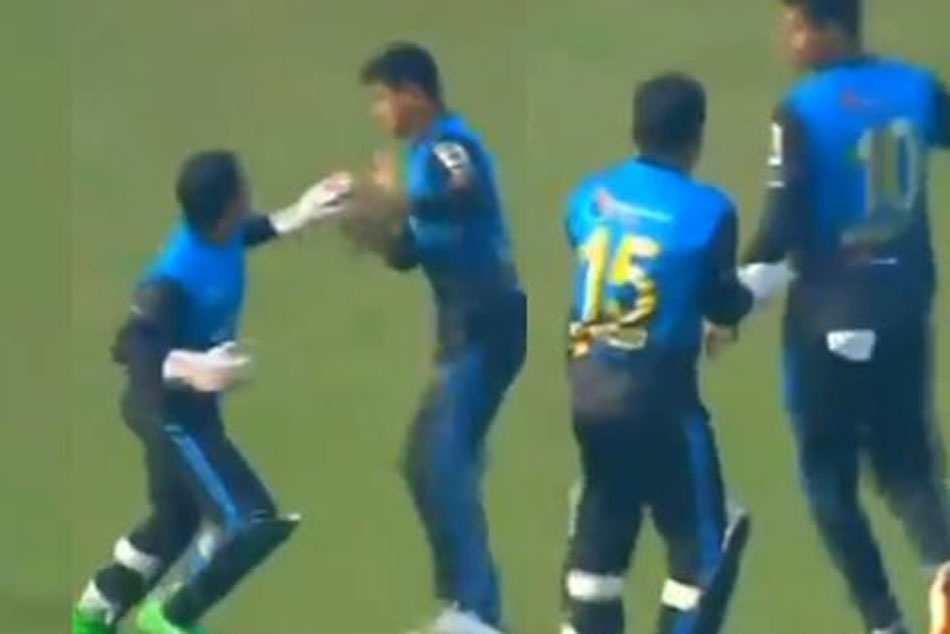 Bangladesh is hosting a domestic tournament called the ‘Bangabandhu T20 Cup’. The top four teams advanced to the playoffs after nearly 20 matches. However, the incident took place during the eliminator match on Monday. Rahim’s team reached the playoffs with a 9 – run victory over Fortune Barisal. A shot hit by opponent batsman Afif Hossain during a bouncer during the match bounced off Gallo. Keeper Rahim collided with fine leg fielder Najum Ahmed in order to receive the catch. The ball got in the way. But Rahim faltered and was caught. He immediately hit his colleague Najum with the same hand.

Najum was at once shocked by Rahim’s action. In fact this catch should be received by Najum who is in the fine leg. But it is noteworthy that Rahim came running without giving any signal and was caught. Former cricketers and analysts have blamed Rahim, a senior player, for his behavior towards a junior cricketer. Proud to be a senior? Was outraged. Fans also commented that Rahim’s behavior was not acceptable.

I apologize immediately after the match ..

Rahim, realizing his mistake in the wake of these criticisms, apologized to the fans with a long post on the Instagram platform. He also apologized to Najum immediately after the match. ‘Hello everyone .. First of all my apologies to my fans and audience as well. The manner in which I behaved on the field yesterday is by no means acceptable. He apologized to Najum immediately after the match. I will see to it that such incidents are not repeated from me in the future. ‘ Attached is a photo of him landing with Najum.