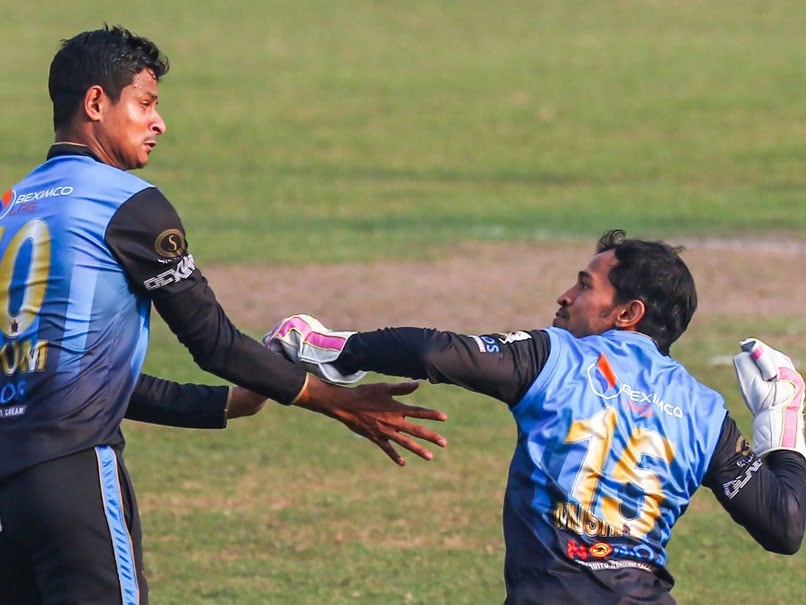 
Former Bangladeshi captain Mushfiqur Rahim apologized to a teammate Tuesday after an angry confrontation during a Twenty20 tournament. The 33-year-old wicketkeeper turned on Nasum Ahmed after the two nearly collided while making a catch. Mushfiqur caught the catch, but then shied away, as if to throw the ball at Nasum or land a punch. He faced a storm of criticism on social media during the Bangabandhu Twenty20 Cup game between his Beximco Dhaka side and Fortune Barishal.

Bangladesh’s top manned player was fined by the referee after the game.

“First of all … I would like to apologize to all of my fans and viewers for yesterday’s incident,” wrote Mushfiqur on his Facebook page.

“I already apologized to my team-mate Nasum after the game.

“I’m above all human and the gesture I made was not acceptable. I promise it won’t be repeated.”

The mail was accompanied by a photo of Mushfiq and Nasum.

The Bangladesh Cricket Board fined Mushfiqur a quarter of its gaming fee.

“We viewed his track record as good,” said referee Roqibul Hasan, “but he was warned that if the act was repeated he would get into trouble.”

Beximco Dhaka won the game by nine runs to qualify for the final of the tournament on December 18.