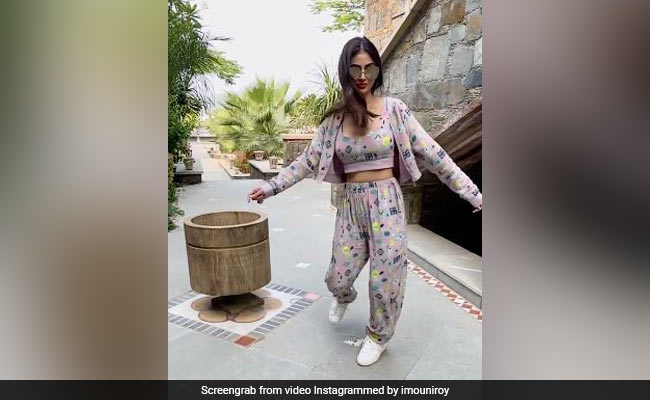 Bollywood actress Mouni Roy is very active on social media these days. She is often seen sharing her photos and videos with fans. Recently Mouni shared a video. In this video, the actress is seen walking in Udaipur in tremendous style. It can be seen in the video that Mouni Roy Video is playing in slow motion on the song ‘Chala Jata Hoon Song’. This video of Mouni is very much liked by the fans.

Actress Mouni Roy is wearing a purple colored outfit in this video, in which she looks very beautiful. Mouni Roy Video has also put glasses in this video, which makes them quite fussy. The actress posted, “Hello Udaipur, I love you. After such a long time, Payal Singh I missed wearing your clothes a lot.” People are commenting a lot on this video of Mouni Roy and giving their feedback.

Talking about the work front of Mouni Roy, his web series ‘London Confidential’ has recently been released and his work is also being liked. Mouni Roy Starrer This series is full of crime and thriller. Talking about the Bollywood career of the actress, she ventured into the film world with Akshay Kumar’s film Gold. The actress also appeared in the film Made in China, in which she played the lead role with actor Rajkumar Rao. Mouni Roy will also be seen in the film ‘Brahmastra’ with Ranbir Kapoor.