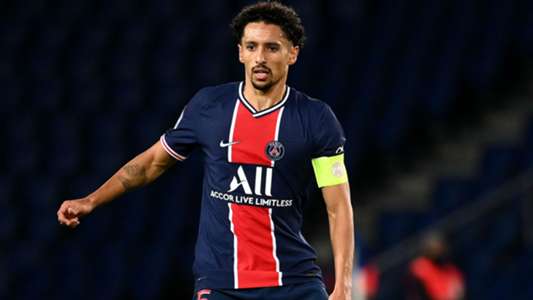 PSG star Marquinhos is at “Ballon d’Or level” and, according to his coach Thomas Tuchel, should have been recognized by FIFA with a position in the FIFPro Men’s World XI for the last year.

The team captain made a successful return in the Ligue 1 goalless draw with Lille after being injured after being absent from the last two games with a hip problem.

Despite being part of a PSG team that won all four French national competitions and finished second in the Champions League last season, Marquinhos missed out on a place in FIFPro World XI.

Tuchel believes the 26-year-old’s performance against Lille showed that he is among the best in the world.

“I don’t understand his absence from FIFA XI of the year.”

Despite Marquinhos’ return, PSG were hit by three other injuries in the game against Lille, with problems for Presnel Kimpembe, Alessandro Florenzi and Layvin Kurzawa.

Tuchel had already struggled with the absence of Neymar and Mauro Icardi, while Kylian Mbappe had fitness problems and could only be used as a late substitute.

The German warned that this season’s demanding schedule will “kill the players” as his squad is unable to properly recover between games.

“You already know my opinion, we will kill the players,” said Tuchel Telefoot.

“We can always play at nine o’clock [in the evening]. We lack the rhythm to eat, sleep, relax. But it will go on like this.

Returning from injury, Marquinhos was happy with his team’s point but insisted they could have been better offensive.

“We could control the game, but we could have been more dangerous,” said the skipper Telefoot. “We had to be well organized.

“This is an important point for us but we are always looking for a win.”