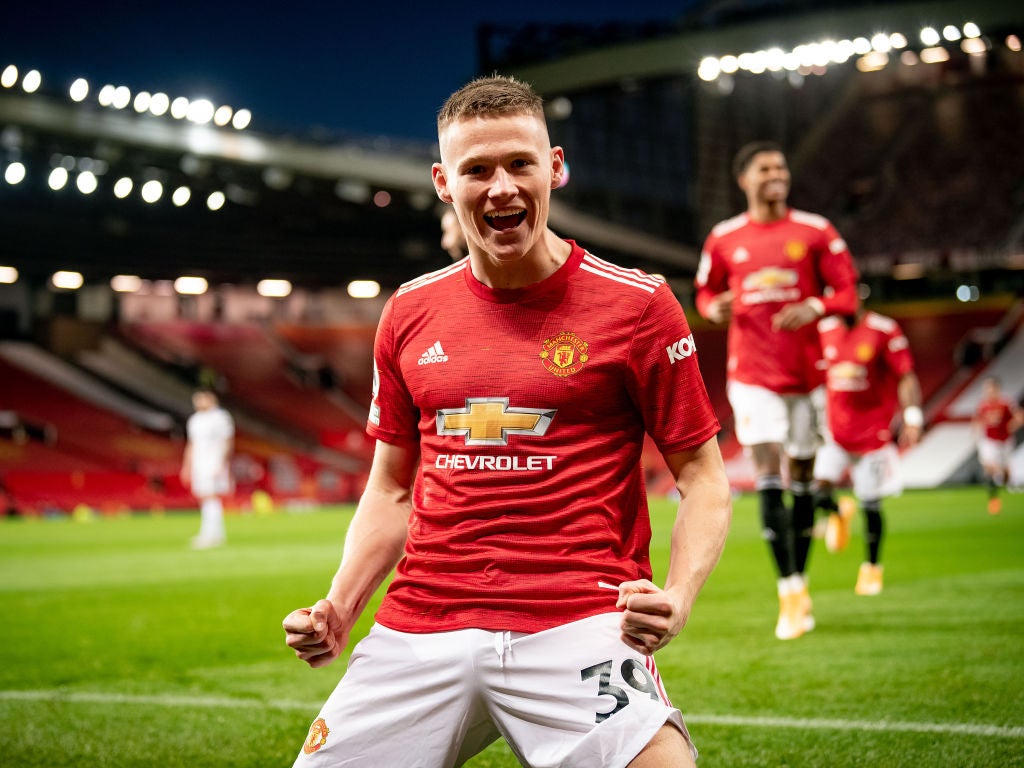 The first goal came in just 67 seconds when Scott McTominay scored from the edge of the box. Two minutes later, the Scot doubled the lead with a brilliant run and a finish with his left foot. Patrick Bamford missed one big chance and hit another from an offside position before Bruno Fernandes United scored United’s third goal – all within 20 minutes.

Bamford missed a few more chances when Leeds continued to threaten in spells but United were then able to counter in rooms at will. One such foray ended in a corner Victor Lindelof scored from before Liam Cooper scored just before the break.

Chances were always good after the break: David de Gea saved twice from Raphina, Dan James scored a fifth and Fernandes scored a penalty for six before Dallas scored a second Leeds goal in the top corner.

Here are the player ratings from Old Trafford.

David de Gea – 7. After half time and a decent stop or two more, Raphina saved tremendously.

Aaron Wan-Bissaka – 5. Fought Raphina and didn’t do too much for the future.

Victor Lindelof – 7. Neat finish to his goal. Did well behind when the away team pressed for the second half.

Harry Maguire – 6. Alternate between winning his battles and beating solidly. Not nearly in his best shape right now.

Luke Shaw – 6. Played an hour. Decent supportive role but not always involved in the counters.

Scott McTominay – 9. Hit twice before most of the players touched the ball. Nice support for the fifth. Great all round ride and work. Basically a combination of Kevin de Bruyne and Steven Gerrard in these 90 minutes. Or maybe a top notch Paul Pogba.

Dan James – 6. Booked for diving. A lightning bolt during the break too often had no idea what to do in the end – until he just pounded one through the goalkeeper’s legs with his left foot.

Bruno Fernandes – 8. Broken on the third goal, he always found space between the lines. Could have gotten passes between Leeds’ defenses all day.

Marcus Rashford – 7. A big outlet all the time but didn’t have the finishing touches.

Anthony Martial – 8. Two assists and should have scored at least one of his own. Great exercise all day to open up opportunities.

Illan Meslier – 5. Couldn’t have done anything about the first four goals but should have done better with James. Made a few parades after the break.

Stuart Dallas – 5th beaten inside and outside by United’s swift attack. However, achieved a beauty.

Luke Ayling – 4. The man-to-man approach doesn’t work as well if you don’t follow the attacker’s progress or if you don’t cut out a pass.

Liam Cooper – 4. Good header for Leeds’ goal, but such a large space between him and his partner in the middle.

Ezgjan Alioski – 4. Like the rest of the defense, nowhere near enough tenacity or winning each battle.

Kalvin Phillips – 4. Everything bypassed him in the first half and couldn’t keep an eye on the runners. Lifted off at half time.

Raphina – 7th Leeds greatest threat of attack. Put about some good crosses and should have hit shortly after the break. Two templates.

Rodrigo – 4. Overrun in the middle and bad grade far too often.

Mateusz Klich – 5. Submerged during the break. Didn’t stop defensively but could have been one of them.

Jack Harrison – 4. Didn’t track as much as he could have against United’s broad counterattack and offered very little on attack delivery.

Patrick Bamford – 5. Led the line well but missed a big chance to get his team back into play at 2-0. Unpredictable with his shots.

This weekend, Betfair will give you a € 10 free bet when you wager € 10 on a Same Game Multi in the Premier League. Conditions: Min. £ 10 Same game Multiple bet on an EPL game from Friday to Sunday. Free bet valid for 72 hours, awarded when the bet is settled. Paid bets are excluded. The terms and conditions apply.