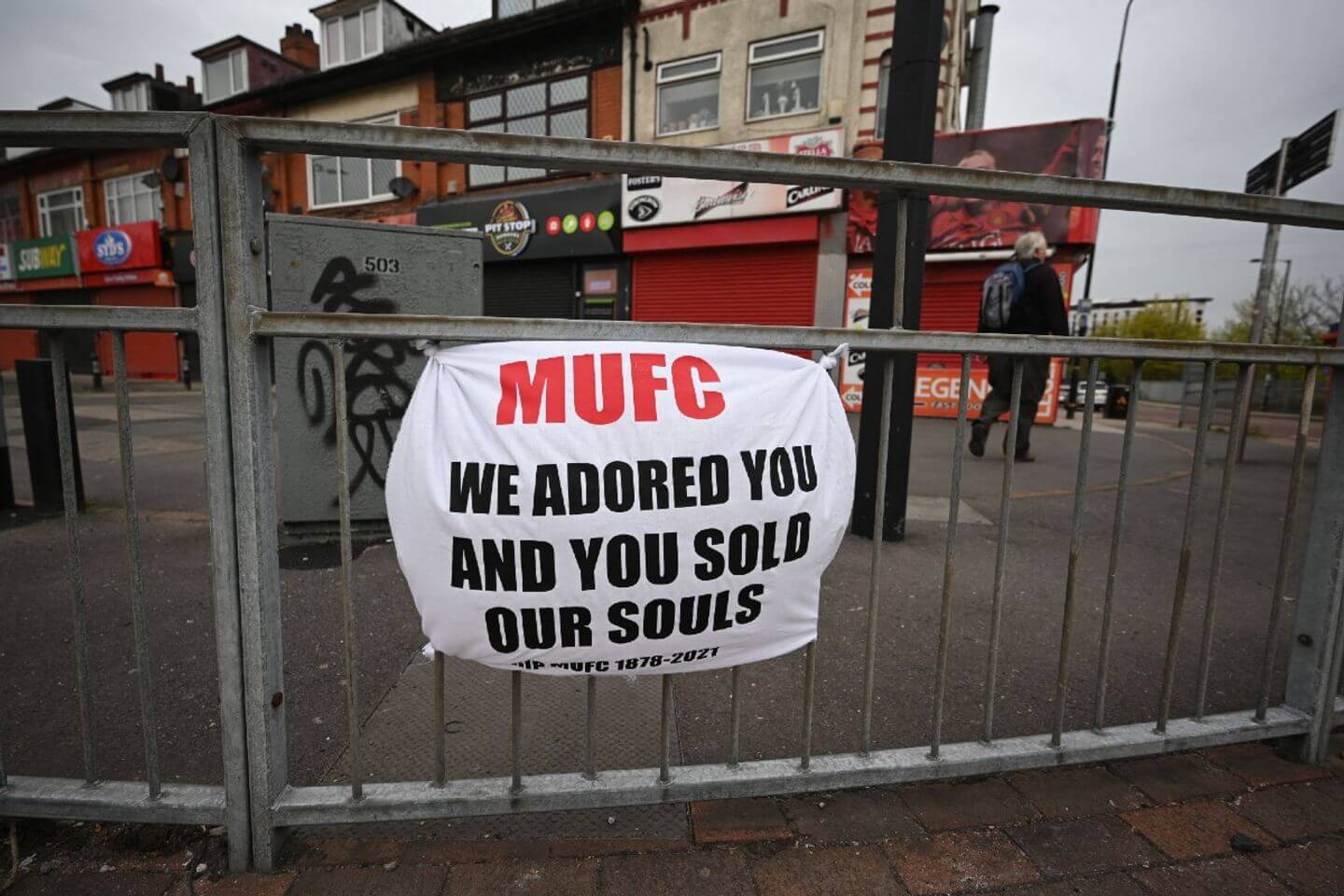 A number of people entered Manchester United’s Aon Training Complex in Carrington Thursday morning to protest the Glazer family’s ownership of the club.

The demonstrators blocked access to the training grounds. Photos were then shared on social media of several men posing with two large flags on the United first-team training pitch.

Other protesters unveiled a flag that read “We decide when to play” in front of the entrance to the training ground.

Solskjaer, Carrick, Fletcher, and Matic all spoke to the group. The police arrived in Carrington to improve the situation The athlete it was said that no arrests were made.

United’s players are expected in Carrington this morning before the club’s Premier League game against Leeds United on Sunday.

The statement said: “At around 9am a group was given access to the club’s training grounds. The manager and others spoke to them. The buildings were safe and the group has now left the site. “

Why are they protesting?

Large numbers of United supporters have long wanted the Glazer family to leave their club, but protests have accelerated after a turbulent week at the club.

At Tuesday evening The athlete announced that Vice Chairman Ed Woodward would leave the club.

Have United fans ever protested the Glazers?

Since Glazers bought United in 2005, fans have been unhappy with the way the family has treated the club on several occasions.

In 2010, United fans began wearing green and gold scarves in protest against American owners to pay homage to Newton Heath, from which the club United emerged.

Anti-glazer chants are a regular occurrence at Old Trafford as the United family saddled with hundreds of millions of pounds in debt and the club’s poor shape in the post-Ferguson era.